2018, my friend, you have done us a great service. Thank you for the unforgettable ride you’ve placed us on. Across the globe, we saw some very epic moments. As this year comes to a close, we thought it would be very fitting to highlight some of the moments that gave us a good heart palpitation or two. Our nFusz team is gearing up for another action-packed year, so this is a great time to reflect.

In August, we joined our partners at Marketo for one of their #marketochat events. In very layman’s terms, this event took place on Twitter where a rep from both nFusz and Marketo engaged in an hour-long-eight-question-interview-style series of tweets, and since the event is promoted weeks in advance, it allows followers from both sides to join in the discussion. As a matter of fact, one of Marketo’s housekeeping rules is to “Join the chat,” but also, they encourage followers to “Connect with others,” and “Follow & use the hashtag #marketochat.” To be honest, we have never seen something so engaging and fun to be a part of. It added a fresh approach to the simple trades of retweets and mentions we see every day. Every response had a purpose because you were responding to question, knowing a new question would be asked – until the hour is up at least.

Speaking of Twitter, we’ve been feeling some good vibes from tweets, follows, mentions and more, all year. Between the different social platforms, the Twitterverse has to be our favorite, and we have 3.9 million reasons why! According to our analytics (which we know are most important) the math shows how many impressions we’ve had from our tweets this year (3.9 million), and to us, having that many chances to connect with people truly gets our blood pumping. Our products are geared towards maximum engagement, and Twitter is the first platform where our interactive videos play natively within the app. When it comes to our technology, we pride ourselves in being cutting edge and industry leading, so thank you for the likes, RTs and interactivity internet folks!

Every company knows the impact of good relationships, good products, and good news. Having a great connection with shareholders is also pivotal to the success of a company. We happen to have a strong investor community, and when we release some good news, everybody gets very excited. So, we think there were two times this year a PR we released really shook up things.

Walkout technology, we tenderly dubbed notifiAIR, was released at the beginning of the year, and it had been a long journey to even see the technology, let alone implement the code on our backend. The selling point then is pretty close to one of the selling points now – attention is the most valuable commodity. In order to sell, you have got to keep your audience’s attention! (Side note: It would sure suck if you bailed on reading this, right before saying that. LOL. Honestly. Actually, it could be worse if you read this stanza and THEN even decided this was enough. 😂 Sorry.)  With the release of our, then, new website, this was the first time a video played atop the website layer below it without the use of Adobe Flash. The timeline of notifiAIR is and probably should be devoted to another blog entry, but if you have never witnessed the power of video in this fashion, click here to see our team members walkout and introduce themselves. It still is a fun experience.

Also, just this passed month, we announced the filing of a patent application for our unique interactive video technology. Earlier I made mention to Twitter being the first social media application that allowed our interactive videos to play natively within that app. Now, in groundbreaking fashion, this has expanded to LinkedIn and Facebook as well! Upon hearing this amazing news, I don’t think our office has ever been so fired up, because in all honesty, this is a dream come true. It’s a true indication that our dedication to providing a frictionless experience to buyers and sellers, through video, is now a reality that everyone will be able to share. The fact is, we’ve known that interactive video is the future. We now have the case studies and other research that our innovation has been spot on.

The year was beginning so well with appearances at Netsuite Oracle’s Suiteworld Conference and Marketo’s Marketing National Summit. The next step for us had to be something big -- something enticing and fulfilling to our market needs. We knew what we needed. We needed Shaq to shout us out at the NBA Finals. Ok, not true. Forget that point, we actually needed a commercial, and man did we get one. Don’t you remember your first national commercial being run on TV? For us, there was so much joy and excitement in the air, and people were truly responding to our call to action. In hindsight, this is what we knew we needed all along. 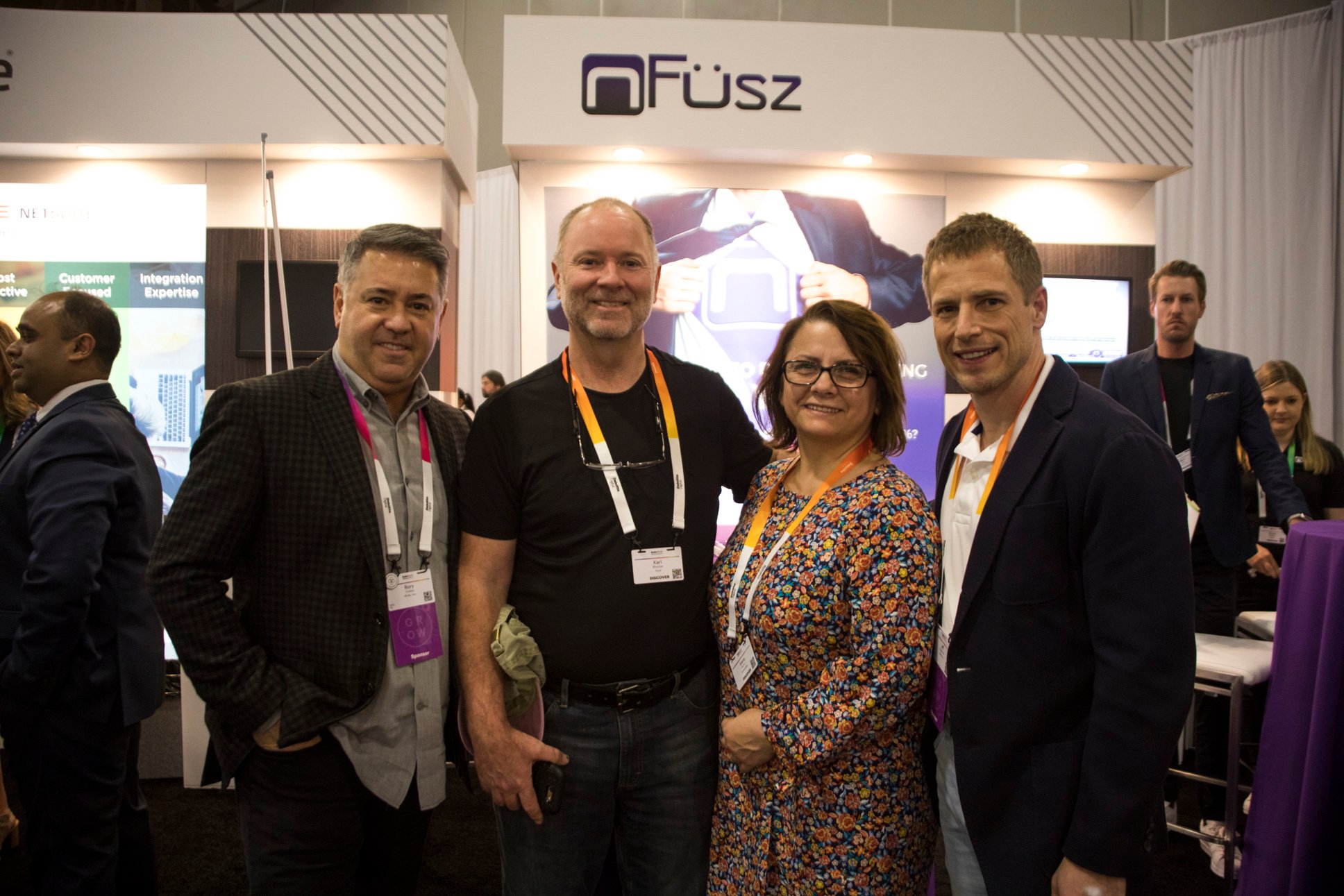 CEO Rory Cutaia and CFO Jeff Clayborne on the convention floor at Suiteworld '18 in Las Vegas.

For us, it was the realization that, number one, we now know our product, and number two, we understood what our audience wanted to know in return. Having a commercial that made us tangible to the world, all while having other irons in the fire, gave us an astute advantage we were ultimately ready for. Since then, our marketing efforts have been polished over and over, as defining our USP is becoming more than just a duty to the potential partners, customers, and clients, but it’s actually pretty fun.

In the end, 2018 had its full share of ups and downs. Outside of our company, between Apple becoming the first $1 trillion public company in U.S. history, and May 25th’s implementation of the new GDPR changes, we are certain we have no idea what 2019 will bring. However, if it’s half as exciting as this year has been, we know it will be amazing. How has your year been? What were some of your favorite moments?