Direct Sales and MLM: Part 3 - Future Projections for the Industry 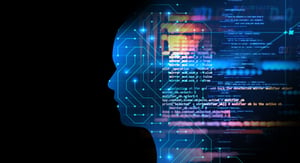 To gain a competitive advantage, it is not enough to just keep up with the competition. In this fast-paced world, it necessary to future-proof yourself, and this involves getting to know what the future will bring. The future of direct sales and MLMs looks promising. The validity of using direct sales and MLMs as a business model by manufacturing companies is evident. Also evident is that they can be a reliable source of income for independent representatives. The big question becomes what we can expect from them in the future as the number of companies, representatives, and customers continue to rise.

As previously indicated, direct sales and multi-level marketing present a growing opportunity in both the developed and the developing world. In 2017 alone, $76 billion was paid to distributors, which works out as $208 million per day. Over the next five years, companies with a direct sales model are expected to pay out over $400 billion. Coinciding with this, new technologies, such as artificial intelligence and machine learning, are coming along and acting as disruptors. There are now new tools that allow sales representatives to personalize their pitch based on who they're talking to.

Disruption in Direct Sales and MLMs

Just as the internet created a revolutionary change for direct sales and MLMs, companies will experience another revolution with the advance of technology. This disruption will result from the advent of artificial intelligence (AI) and machine learning. AI and machine learning are already being used for product development and marketing. As for their impact on direct sales, it will likely be subtle at first. It is expected to begin with companies using this technology to identify potential target markets or to run simulations to determine what margins they can run at. As AI becomes more commonplace, it may play a more significant role in direct sales. Representatives using it to increase sales would be an example.

With the advancement of technology, increased regulations should be expected. This has already become a reality in India. In September 2016, the government issued new regulations for MLM companies, which resulted in 90% of pyramid schemes shutting down while leaving valid direct sales and MLM programs standing.

MLM as the Future

Probably the most dramatic visions for the future of the direct sales and MLM industry is that it may become the dominant business model. In rapidly developing economies like India, MLMs consistently rank among the fastest growing industries. Countries such as India, who have large populations and developing economies, offer a solid foundation for MLMs to establish a foothold. Worldwide, businesses have adopted the direct sales model as a response to the downfall in the global economy. The nature of work is changing. With a growing trend toward entrepreneurship, an increasing number of people are looking toward MLMs, direct sales, or the gig economy.

In the past few years, the global direct sales market has seen revenue increases of 1.5-2%, which is in line with other industries. While the signs are good, we're not witnessing an explosion. We're witnessing a mature sector continuing to mature while proving itself as a relevant, viable option in the internet era.

Additionally, improved regulations and infrastructure are in place to protect consumers. The result is that trust and respectability for the industry are stronger than ever before. For those who have been considering getting started with direct sales and MLM, the industry is wide open.