Over the past few years, we have seen several companies emerge and completely disrupt industries, displace the way things have traditionally been done, and change the expectations that consumers have for certain services. Large companies in well-known industries, like the music industry and taxi services, have been completely displaced by disruptive technologies and companies who don’t do things following the traditional model.

These trends have shown that any industry is ripe for disruption, and companies that want to stay ahead of the trends must innovate or die.

No longer will the status quo be good enough. After all, you can’t be neutral on a moving train. The direct sales industry is no different. Affiliate companies, social media influencers, and even companies like Uber have emerged as great opportunities for a “side-hustle.” These opportunities have shown some of the potential flaws of traditional direct sales and are pushing the industry to improve. Technologies have emerged that have helped increase the speed of displacement. Direct sales, often considered the original side gig, must in turn innovate and be open to disruption or it will be left behind. My recent conversation with Robert Wilson, owner and founder of On-Doc, touched on this very subject: the fact that direct sales companies must disrupt, or they will be disrupted. 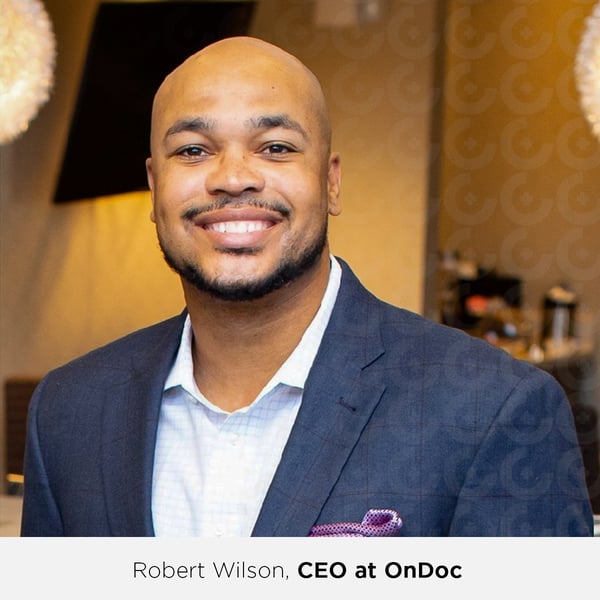 It is always good for industries, companies and people to evolve. Companies like Uber have shown that you can give the everyday person an opportunity to start their own side gig for a very low cost. They can work on their own time, at their own pace, and determine the amount of income they will make. Sound familiar? Consider the impact that technology has had on taxi companies. First it was the standardization of GPS technology in cars. Next, it was the opportunity for anyone with a smartphone and a car to start their own service to compete with taxis. Boom—disruption. Enter a new set of huge competitors outside of typical direct sales who are providing an easy way to earn side-money and create a second income stream.

“If you’re trying to disrupt the status quo and beat bigger competitors, you’re not going to do it by playing their game.”
- Dharmesh Shah, HubSpot Co-Founder

To compete with these new competitors who are bigger and, frankly, are doing it better, disruption is needed.

Direct sales has traditionally followed a similar pattern. Low cost of enrollment, tools to help you build, and a great opportunity to earn additional income. But, the traditional rules of direct selling don’t apply. In order to compete with the new side gig, companies must turn away from large enrollment packs, high auto-ship costs, and lack of technology to help you build. The normal way we have done things, the normal ways we have paid commissions, and the typical products and services have become run-of-the-mill, and may not deliver the results we need. On-Doc has embraced this mentality. With an atypical monthly “autoship” service of $30, consumers are turning to On-Doc as an alternative or a supplement to their traditional healthcare needs. And, this low monthly fee is creating extremely high retention rates. They are playing the game differently and setting a different standard for their customers and their business builders.

Don’t Paint Yourself into a Corner

Many successful direct sales companies have focused on being the very best at one thing. But several of those companies have also limited their growth by focusing on that one thing. Take Apple as an example. They easily could’ve painted themselves into a corner of being the best at offering personal computers. Instead, they built an ecosystem around their customers’ needs and have become a leader in numerous industries: phone, music, streaming services, and more. And this has created a stickiness with their customers.

“Our products have driven retention. Once they use the service, it’s unique and it creates stickiness. It’s like Uber. Once you use it, you’re probably never going back to a taxi again.”

Similarly, by not limiting your company to one area or one customer demographic, you open up to the masses and create stickiness with your customers.

Creating an Opportunity in the “I Want It Now” Era

In this era of social media and instant gratification, companies can’t wait patiently to hope they are meeting the needs of their business builders. Having the ability to quickly maneuver, transform, adapt and evolve is critical to creating this type of an opportunity. The industry has to find ways to create value and opportunity for people or run the risk of them finding it elsewhere.

“D.I.P. (dollars in pocket) is the most important thing for our distributors.”

Business builders aren’t looking to build an opportunity over the next 5-10 years. People want success and they want it now. 10-15 years ago, you saw the industry parading mansions and sports cars as the ultimate goal. Now, the primary driver is having more money than month, and providing a quick opportunity to put dollars in the pockets of your distributors.

This can be everything, from the types of bonuses you pay and when you pay them, to the tools you provide to help your distributors build their business. And frequently, that starts with meeting people where they already are.

Meet Your Distributors Where They Are

When On-Doc was just an idea being formulated in Robert’s mind, he knew the importance of providing the right tools to build the business. And it was all based around a technology play. In order to provide a disruptive opportunity that can compete with the likes of Uber, you have to have a technology that can help people easily build the business on-the-go. You have to meet them where they are. People are busy. This doesn’t mean they don’t want to build a side business; it just means you have to meet them where they are. And Robert knew that this would require providing an app to let them build the business in the palm of their hand, wherever they were.

How Does Verb’s Technology Help You Meet People Where They Want to Be Met?

Partnering with the right company can allow you to focus on your own business. This became a key initiative for Robert’s team as they were starting On-Doc.

“It’s one less thing I have to worry about on a daily basis. I know with Verb that we have the team behind the scenes providing the technology our distributors need.”
- Robert Wilson

Companies like Uber, Apple, and AirBNB have shown that you can disrupt an industry by creating solutions that customers want and need. And, technology can help bridge the gap and escalate the pace of this disruption.

“Innovation distinguishes between a leader and a follower.”
- Steve Jobs

It’s time for the direct sales industry to embrace the disruption and start leading the way as the original side gig opportunity. Verb is excited to be a part of that disruption.