Mind Games (Part 3): How Understanding Confirmation Bias Can Save Your Bottom Line 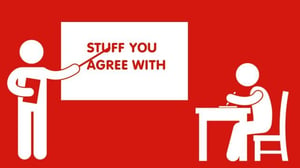 While confirmation bias operates at the subconscious level, the awareness of its existence is the first step to overcoming its influence. Our beliefs are only as powerful as the amount of attention we give them. By changing one's focus, one can neutralize a disempowering belief and shift to a more empowering one.

Taking Charge of Your Mind

No belief has inherent power. Instead, our beliefs derive their power from the attention that we give them. The birth of a belief begins with a thought. When we give a thought to our attention, it energized.

If we find evidence that supports a particular theory, the belief becomes stronger. The more evidence we find, the more confident we are that the hypothesis is true. It is this gathering of supporting evidence that creates a belief. However, this evidence is gathered through selective attention; thus, beliefs are not an accurate representation of reality.

In Part 2, we illustrated a scenario where the business owner micromanaged his employees. His management style was due to his lack of trust in his employees. He did not believe that they could do the quality of work that he could.

What this owner did not realize was that his management style was not the result of his employees' behavior. Rather, he brought a belief system into his business and imposed it on his employees. At some point in his life, this owner likely experienced a loss. This loss created a sense of mistrust in him.

In the same way, this owner's belief that "people cannot be trusted," became his filter for how he saw his employees. His belief system focused only on the evidence that supported his belief and disregarded any evidence to the contrary. His employees could be loyal and dedicated to the success of his business, but he still would find reasons to mistrust them. This owner is projecting his fears on to his experience of life.

If this owner was willing to explore other perspectives, he would no longer be fueling these negative beliefs. All it takes is the redirection of his focus. The following are suggestions for how you can change your focus and create more empowering beliefs:

Create Leverage on Yourself

Regardless of what our beliefs are, their essential purpose is to warn us of potentially negative situations or to get us to pursue potentially positive ones. In the scenario of the micromanaging business owner, his beliefs served him by focusing on the potential harm that his employees could create for his business. He responded by micromanages them.

How could he change his behavior? He would first have to get honest with himself and ask himself the following questions:

By experiencing the painful memories and feelings that our current beliefs have caused us, we are redirecting our focus. We can see the costs that we paid, of which we may have previously been unaware. When we do this, we gain leverage on ourselves.

After gaining leverage over yourself, choose a new empowering belief to replace your current belief. Adopt a belief that is the opposite of your current belief. Returning to the scenario -- the belief that the business owner may want to develop would be "I cannot succeed with others unless I learn to trust." The business owner then would ask the following questions of himself:

Your new beliefs will gradually become entrenched in your mind as you start to live by them. You can do this by taking small steps each day that are consistent with your new belief. Eventually, it will become subconscious, and you will behave that way automatically.

Leaving Your Emotions Out of It

Getting leverage over yourself with a new empowering belief is very effective for overcoming confirmation bias. Another approach is to actively open yourself to opposing points of view. For this method to be effective, one must make a sincere effort to hear opposing points of view without letting emotions, or ego get, in the way. By your willingness to consider other perspectives, your confirmation bias can be minimized.

A winning quality for a business is to be agile in a world that is continually changing. Such agility can only occur when the business owner is willing to be open to new information and be prepared to implement it.

The relationship between confirmation bias and our decision making is like a person and the ocean. That the ocean has waves is not a mistake of nature; they are an inherent part of the ocean. For the one who does not know how to swim, even a small wave can be intimidating. For a skilled surfer, a large wave is a source of joy and excitement. In the same manner, confirmation bias is a natural aspect of our minds. The business owner who does not know how to manage it faces failure, while those to know how to manage it opens the doors to opportunity.