Entering Q3: The State of Verb 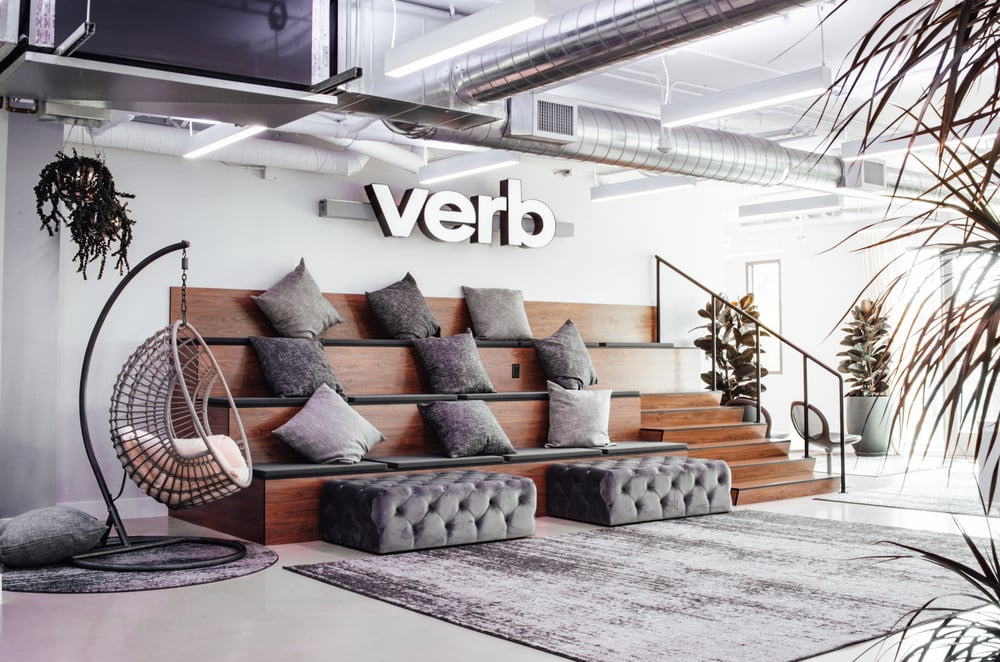 It’s now August, which means that we are now well into the third quarter and it’s time to review where Verb is at as a company, We like to call these quarterly updates, “The State of Verb,” as they’re a chance for us to evaluate what we’ve done and what we hope to accomplish.

In short, the second quarter of 2020 marked huge wins for Verb as a company. From funding successes to record-breaking revenue growth, there’s never been a better time to be part of the Verb family.

In case you missed CEO Rory J. Cutaia’s recent earnings call, here’s a quick recap of the most important things that happened in Q2:

In July, we announced an exciting integration with Salesforce with the addition of our newest application, verbLIVE, to the AppExchange ecosystem. AppExchange is Salesforce’s enterprise cloud marketplace, which features ready-to-install apps, solutions, and consultants.

Combining Verb’s interactive technology with state-of-the-art live-streaming capabilities, verbLIVE provides a unique and effective way to connect, engage, and sell online. And now, Salesforce users will be able to launch verbLIVE from their Salesforce dash board to promote their products and services more effectively through livestream broadcasts and webinars where viewers can simply click right in the video to purchase products, sign up for services, download tickets or brochures, and even schedule appointments, among many other features, right in and through the live broadcast, when viewers’ interest levels are piqued. 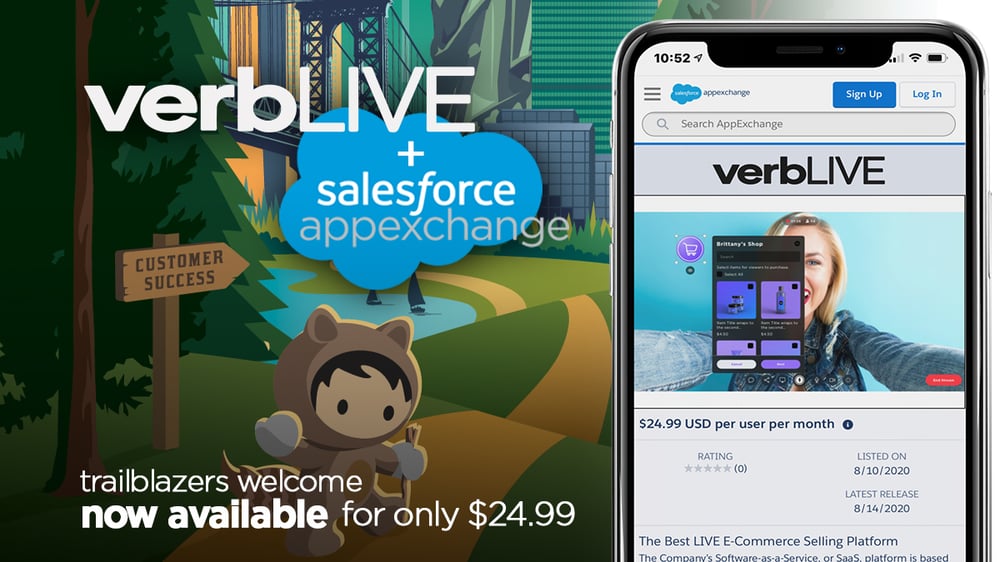 Salesforce + verbLIVE is a natural partnership that has the potential to truly enhance the overall experience of Salesforce users. The app is offered to Salesforce users on a subscription basis and VERB expects to release new features for verbLIVE users periodically. In fact, there are several of these features already in the pipeline.

“Deploying our interactive livestream ecommerce solution in AppExchange is a major step in executing VERB’s go-to-market strategy,” said Verb CEO Rory J. Cutaia. “By listing verbLIVE on AppExchange and making it available to all Salesforce users, we expect to attract and engage new customers faster, expanding our user base as well as our revenue base, and delivering on our value-creating commitments to all our shareholders.”

In June, Verb was added to the Russell Microcap® Index as part of the 2020 Russell indexes annual reconstitution. The Russell Microcap Index is a stock market index that helps investors compare price levels and gauge the process of their investments. We talked more about it in this blog post and what it means for Verb if you’re interested. Simply put, it was a great way to improve our visibility, prominence and overall value.

Q2’s fundraising efforts were very successful and in July, Verb announced the closing of an underwritten public offering of common stock for gross proceeds of approximately $13.8 million. This amount marked an over-subscription, as more public offerings were made available in order to meet the higher-than-expected demand.

Our SaaS revenue was approximately $1.3M, marking five consecutive quarters of SaaS revenue growth. Not only is the consistency impressive, but so is the number itself. That revenue is up almost 21% over Q1 and reflects growth of almost 49% over the same period last year. What does that mean? That Verb has reached a point of unprecedented and dependable growth. Here are a few more stats that illustrate our notable financial gains:

Additionally, there were 20 new client contracts executed in Q2, which is almost double the 11 signed in Q10 and 5 times the number signed in the same period last year. And those clients are seeing unprecedented adoption, with total user downloads of approximately 1.5 million, up from 1.3 million reported in first quarter 2020, and up from 670,000 for the same period last year. We also began operations in Japan (discussed in more detail here), tapping into a multi-billion-dollar market opportunity as part of our global expansion plan.

As you can probably assume by the achievements of last quarter, Verb’s future is brighter than ever. We’re looking forward to Q3 as a time to execute even more new client contracts, create even greater overall value, and release new updates and features to our groundbreaking products, including verbLIVE. Verb has also executed a Letter of Intent executed for a potential new acquisition, and we’re looking forward to the opportunity to expand more rapidly into a desirable new business vertical for its products and services.

We’ve seen some great results this year, and there are even more to come. Stay tuned!

Interested in learning more about Verb and what we can do for you? Schedule a demo today!