Welcome back to this three-part series on mental health awareness! Over the last couple of weeks, we’ve talked about how you can stay proactive to maintain your overall health, as well as the health of your teammates. Today, we’re going to switch gears a little bit and talk about how to pivot your marketing strategy to adapt to today's social landscape. Because we know it can be tricky to position your brand as a light when #despair is trending. 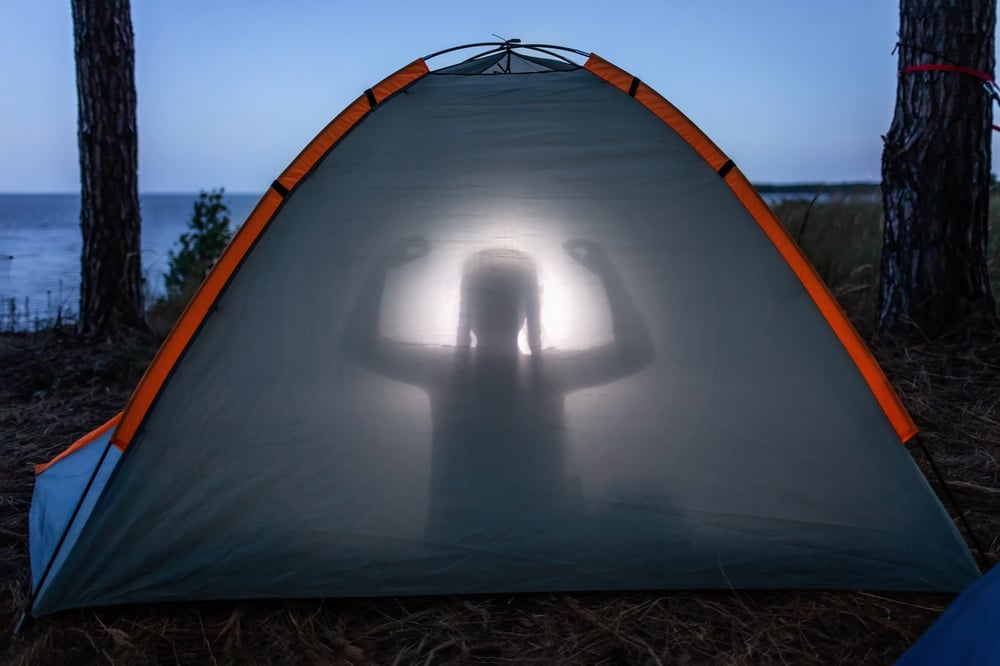 In January, the marketing industry was flooded with the typical “new year, new you messaging,” most of which attempted to predict the most impactful marketing trends. And those predictions may have been more accurate had our worlds not been rocked by a pandemic that has altered almost every aspect of the business world. Whether your company was affected by layoffs, forced shutdowns, increased safety measures, or all of the above, chances are good that you’re not exactly following the business plans you so carefully mapped out before January 1st—and that applies to your marketing department, too.

Below, we’ve outlined five tips that will help you speak more effectively to a population currently defined by widespread fragility of its mental health.

Tip #1: Don’t think you can return to business as usual

I know we’re all sick of hearing it, but we are entering a “new normal,” and we can’t reasonably expect everything to go back to the way it was before 2020. Like it or not, our world has changed, and refusing to address those changes could alienate you from your audience.

During a recent conversation with some friends, the topic changed to social media influencers. A friend who had been out of work for months remarked that she had unfollowed dozens of social media accounts lately because their content had grown increasingly tone deaf. There was a general consensus there’s not as much space for these influencers, who once gained a lot of traction for seeming aspirational, to moan about their “first-world problems” when so many people are wondering how to put food on the table. “I used like her, but now I’m grossed out by the blatant consumerism she’s selling,” another friend commented on a reality-star-turned influencer. “Like, ‘People are dying, Kim.’”

Now, I’m not saying that everything you put out has to directly address the pandemic and its far-reaching effects, but I am saying that it’s to your benefit to keep it at the forefront of your mind and actively consider how it should be affecting your messaging. Take time to communicate with your audience—let them know you understand things are different now, and that you’re keeping their changing needs in mind. 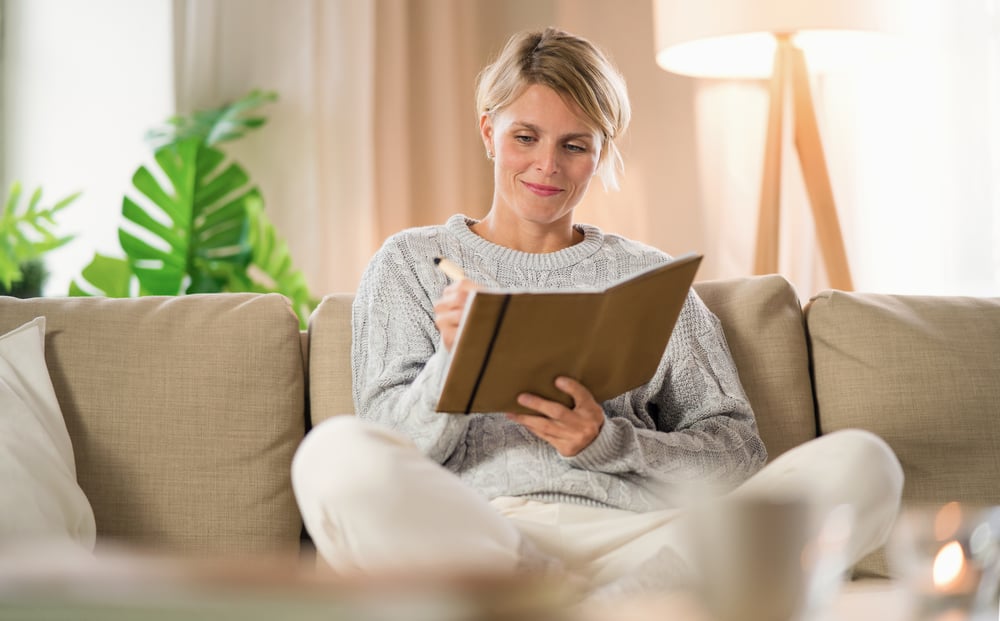 If you’re concerned about the effects of the current world situation on mental health (and you should be), do something about it. There are several well-vetted organizations out there that are doing wonderful things to support mental health. You can consider organizing a fundraiser for a nonprofit, volunteering at a mental health hotline, or providing a list of resources for those who may be struggling.

Our community outreach initiative, Verb for Humanity, is doing our part this month by raising funds for the National Alliance on Mental Illness, is the nation's largest grassroots mental health organization dedicated to building better lives for the millions of Americans affected by mental illness. If you’d like to donate, you can do so here.

Even if the personal effects of the pandemic on your mental health have been minimal, that doesn’t mean your experience is shared by everyone in your audience. Real lives have been lost, jobs have vanished, and levels of anxiety and depression are at an all-time high. While it may be okay to use some humor in certain situations (see Tip #4), making flippant or insensitive remarks can put a bad taste in the mouths of your prospective and/or current customers.

If you’re tired of your forehead being scanned every time you enter a work or school building, relax: we don’t mean this literally. Instead, we’re talking about knowing your audience and how they prefer to communicate. For instance, if you own a clothing business that targets Gen Z or younger millennials, you may feel more comfortable utilizing a darker form of humor than a company that caters to an older demographic. Understanding what tone to use when weaving uncomfortable realities into your narrative will help you achieve a clearer and more impactful message.

Here’s the thing: People are struggling. People are angry. And there’s a very good chance they’ll take it some of that anger on your brand if you make a mistake right now. Chalk it up to your audience having more time on their hands, a collective state of unrest, or the average person being more discerning about how to spend their precious dollars. So, if your efforts are a little bit off the mark or insensitive, be prepared for some major pushback—and make amends as quickly as possible. 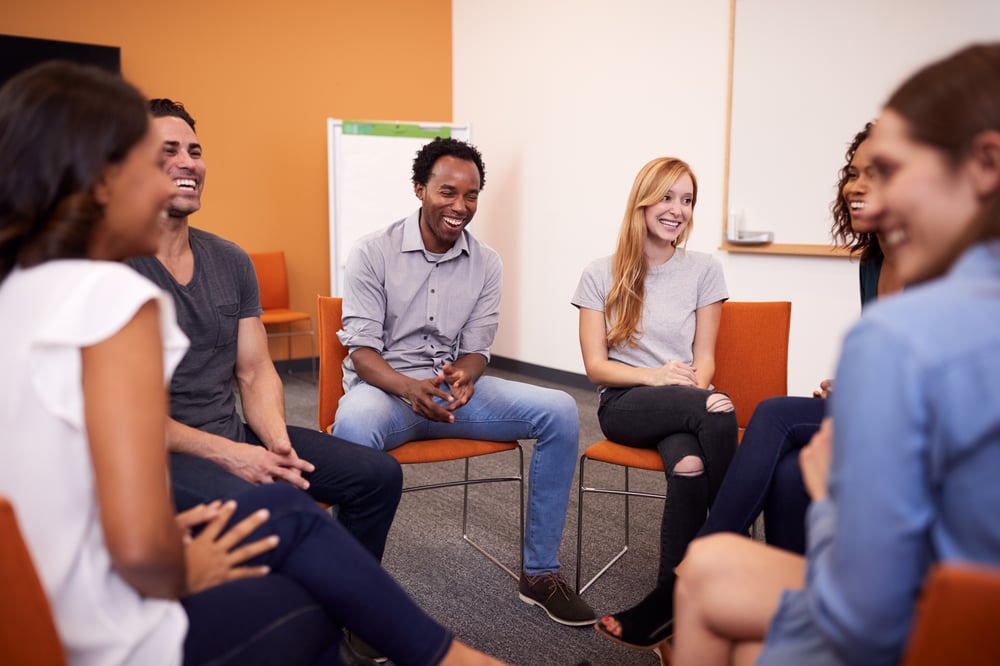 If you’ve made a marketing misstep, don’t brush it off, ignore it, or attempt to push it under the rug. Instead, offer a sincere and gracious apology, outline realistic attempts to make amends, and share what you’ve done to correct future issues. Just remember: sincerity is key. You’ve got this!