The Birth of Virtual Reality

About a month ago, we here at Verb travelled back in time, completely overhauling our social media and marketing material to pay homage to one of the most interesting decades in my lifetime: the 1990s.

The full scope of the plan was laid out pretty well in a previous blog entry so I won't spend too much time rehashing it, only to say that along with this look back at where we came from as a SaaS company, we also want to look back at where other booming industries of today got their start, their places in the '90s, and what the future might hold for them. So with that in mind, let's talk about virtual reality. 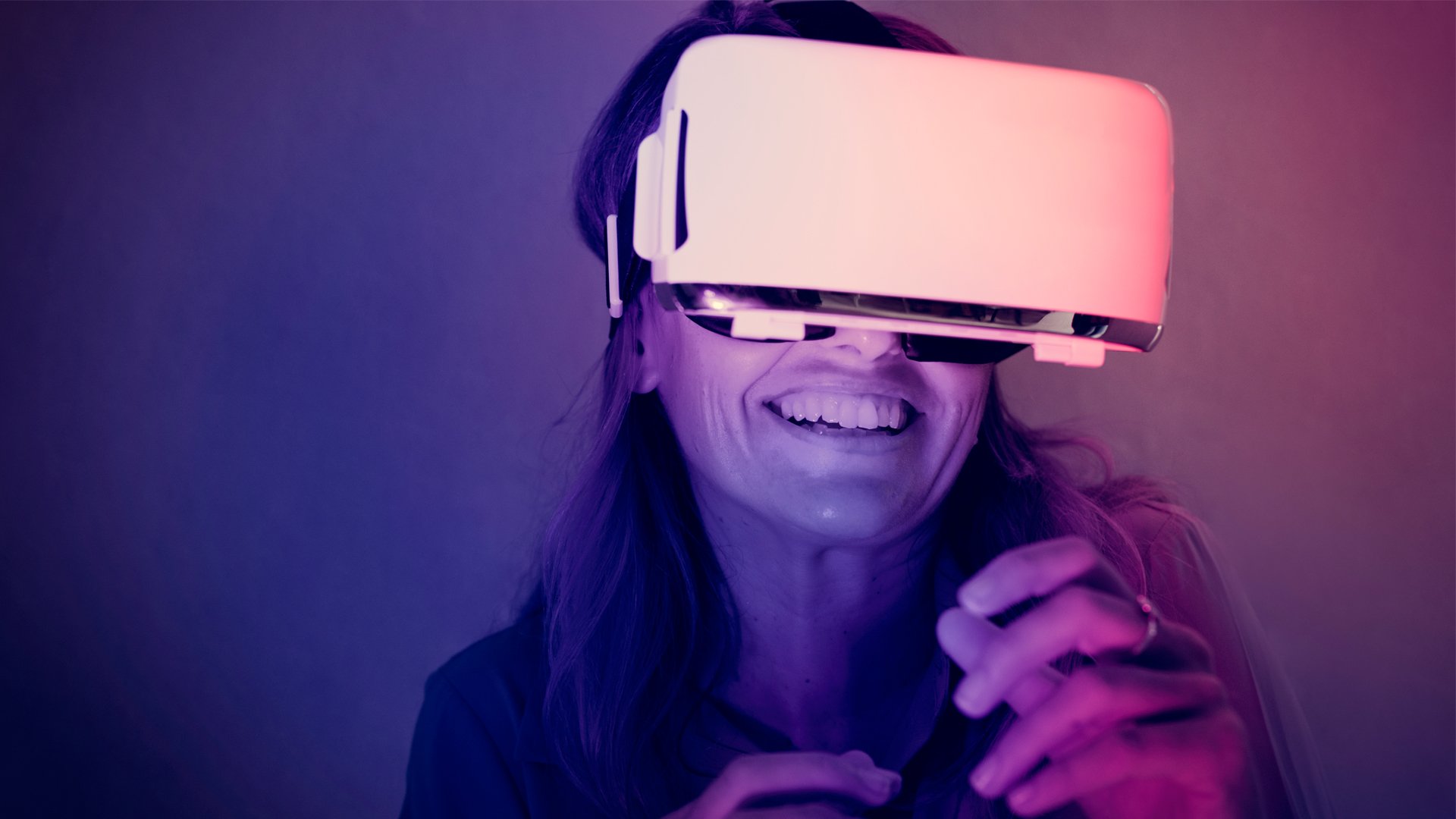 Chances are, everyone reading this right now has at least heard about the Oculus Quest 2, Facebook's latest all-in-one VR headset that released back in October of last year. And the reason you've probably heard about it is that they pushed marketing efforts for this thing more than any other VR device released in the last decade. They bet big on VR, and while it took a little longer than expected to pay off, they're starting to see the rewards of their early investment. Now that the Quest 2 has arrived, the average consumer has a (relatively) cheap, easy way to play around in virtual reality. 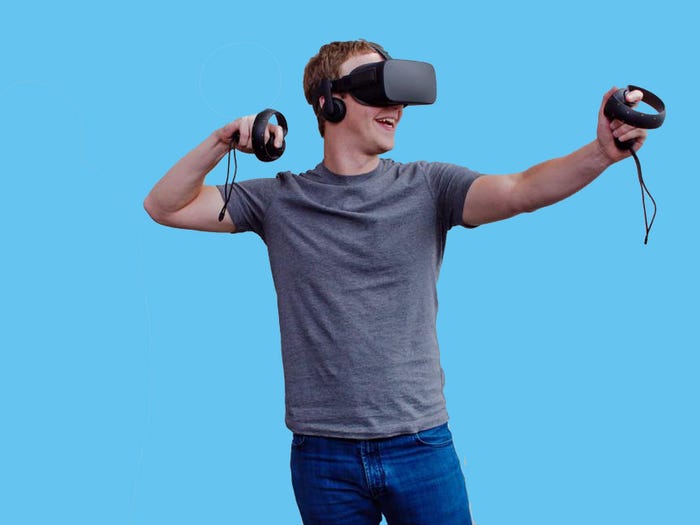 During their Q4 2020 earnings call, Zuckerberg said that the Oculus Quest is responsible for a 156% increase in their non-advertising revenue. And that it's on track to become the first-ever mainstream VR headset.  For those of us who have seen the release of the first Oculus, the HTC Vive, the Valve Index, and countless other niche VR/AR devices, this is huge.

I'll be getting into the modern uses of VR within the business sector in a future blog post, but for now, I'd like to focus on a few other topics surrounding this once sci-fi technology. Like, why did it take so long to get to this point? Where did this crazy idea even come from? Didn't companies invest in VR throughout the '90s only to have it fail? What makes now any different?

These answers and more await in the paragraphs below. Let me just clear off a seat in my time machine and we'll be ready to go.

HISTORY IN THE MAKING

Our cultural fascination with virtual reality started way before the Oculus. In fact, it didn't even start in the '90s. Technically, you can trace the technology's origins further back than the invention of the microchip. A device called the stereoscope was invented all the way back in 1838, though you might know it more by its more modern name, the View-Master. Remember those? The first ones were released in 1939, and the company is still around today. A few years ago they collaborated with Google to create the View-Master VR set . So even back in the Victorian era, we were well on our way to attempt to immerse ourselves in worlds other than our own. 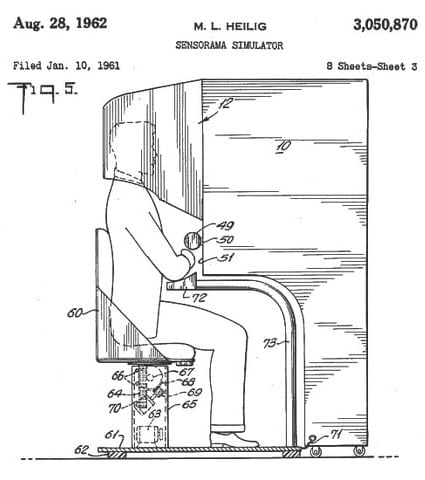 Even up through the 1950s, the concept was stuck in our heads. Though the lack of the proper technology during that time made the whole endeavor similar to one or two people pushing a boulder up a hill. Morton Heilig was doing most of the pushing back then, and in 1957 he created a machine called the Sensorama, which is just about as retrofuturistic as you can get.  Ivan Sutherland created the first head-mounted display in 1968, there were various military flight simulators developed in the '70s and '80s, but things really didn't start to turn around until that magical decade of the '90s. That’s when you had a lot more than just a couple of people pushing that boulder, there were huge companies in the tech and gaming industries looking to roll that thing all the way to the top, backed by millions of dollars.

It was doomed to fail, of course. But it's fun to look back on now, hearing all kinds of fascinating stories from those who worked on the cutting edge of the developing technology.

THE VR BOOM OF YESTERDAY

When I look back at the early days of VR I pretty much remember two things: Nintendo's VirtualBoy, and those weird rides where the seat moved around, you wore crappy 3D glasses, and they sprayed water in your face. But that's kind of the perfect example of the era, because the ideas were solid, but nobody was capable of providing the public with a genuinely enjoyable, smooth, and inexpensive experience.

But the tech was far enough along to provide the public with an experience that was...almost good. And for some companies, that would do just fine. You've probably forgotten the name, but as early as 1991, a company called Virtuality Group released a series of what were essentially VR arcade cabinets called... you guessed it, Virtuality. I mean just look at these things, they might seem like an eyesore now, but back then it was just about the coolest looking thing my young mind could imagine.

If only they didn't suck. 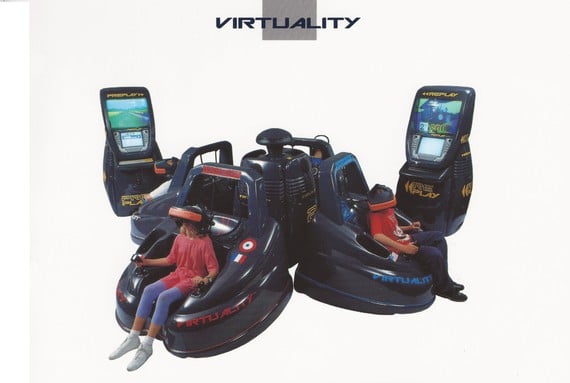 When you put on the headset, you were greeted with poor image quality, tunnel vision, slow movement, and extremely limited gameplay. That was the problem, I think, with the VR Boom of the '90s. Developers and engineers who had dreamed of this kind of thing for decades were so excited that we could start to do something with it, nobody wanted to wait around while they figured out how to create something fun. But once that boulder started rolling down the other side of the hill, there was no stopping it. Within five years, we had all kinds of products available to consumers.

SEGA's VR-1, the CyberMaxx, I-Glasses, the VFX1 Headgear, and the king of them all, Nintendo's VirtualBoy. The VirtualBoy is my favorite because of its nightmarish look (both in-game and out) and the fact that it's not actually a VR headset. They pivoted to an extremely uncomfortable tripod stand after concerns were raised over EMF radiation exposure, eye damage, or the fact that someone could get seriously injured if they were wearing it and got into a car accident.

In spite of all the reasons I've talked about, some people argue that the true factor that caused this early boom to fail was the lack of quality games. And honestly? The more I think about it, the harder it is to argue. The term "early adopters" exists for a reason, but if you've got nothing to actually do with the latest and greatest tech...nobody's going to touch it. A problem that's being solved in the revitalization of VR today, but that's a story for another day.

As much as I admire some companies taking a risk on brand-new technology and trying to push the industry forward, it's a bit of a tragedy that so many people's first experience with an amazing idea like virtual reality was so...bad. We wanted it to be like what we saw in the movies and on TV. We had to watch Captain Picard's adventures on the Holodeck while trying not to cringe at the mere sight of our VirtualBoy.

All that's changing now, though. Here in the present day, it's worth giving VR one more chance. Because I think it'll surprise you, not just for what it provides in recreation but for the potential use in business.

If that sounds as weird to you as it did to me when I first started researching this topic, don't worry. Keep an eye on the blog, because we're just getting started.

Spencer Sandoval is  apart of the Creative Team at Verb. As one of our Email Marketing and eCommerce professionals, he has  a ton of experience working with the Magento and Zencart eCommerce platforms, as well as managing customer lists, creating segments, and getting e-blasts sent out on a weekly basis for a number of clients using the email marketing platforms Bronto and Email Direct.