The Evolution: From ASPs to SaaS

In Small Businesses, verbSERIES, The Evolution of SaaS, 2.0, ASPs

As you might remember, earlier this year we introduced the rollout of annual company-wide themes, starting with The Evolution of Saas throughout the last three decades. (For a refresher on this year’s theme, check out this blog post). We started out the year in the 90s, and we had a rad time. While we were focused mainly on technology from the 90s, we also sprinkled in some pop culture and other events that made the 90s special. Now it’s time to say “see ya later” to the 90s and “sup” to the 2000s! Get ready for sequins on back pockets, popping logos, and an all-around pimpin’ time. A lot happened in the 2000s as far as technology and culture go, so buckle up because this decade is going to be off the chain. 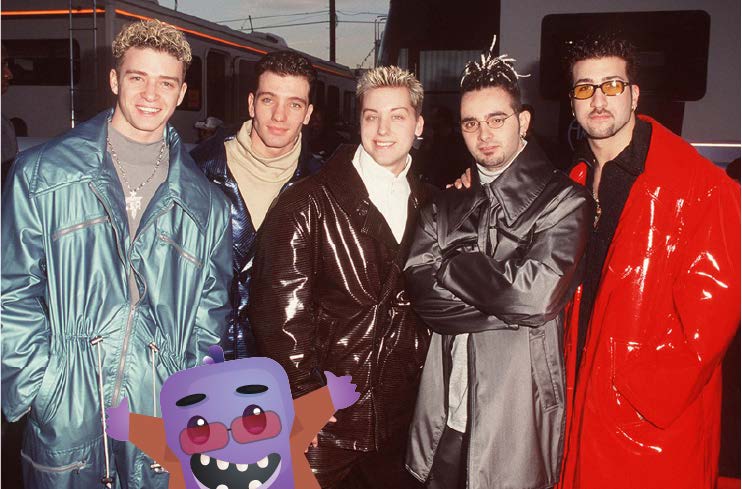 The last three decades were game-changing for SaaS companies in the way that people have access to software, not only for businesses but for consumers as well. And as we move from the 1990s to the 2000s, we find that the biggest changes for SaaS companies happened during this period. Today, we’re going to explore the transition that made these changes possible.

Every day, more and more software services are making the transition to a SaaS architecture as it becomes bigger and better. But this software as a service model wasn’t always as successful as it is now. In fact, early SaaS companies, called ASPs, flopped like cold pancakes.

What changed? And why were SaaS companies more successful?

Let’s talk about the journey that SaaS has taken to become what it is today.

The Early Days of Software

In the beginning, most software was distributed and managed using a self-hosted method. Customers would buy software from a vendor and set it up on their own servers, and software companies would deliver their product by mailing CDs or hand-delivering thumb drives for their customers to install. In many cases, customers had to set up one server for every piece of software that they operated. Because of this, the customers might also have needed to hire an IT team to make sure the servers stayed online and up to date. And if these servers went down, well, then you were out of luck.

Sounds like a lot of work, right? This was a pain for both parties. Imagine if every time you wanted to update software services like Slack or Jira you had to have them mail you the update. In some cases, you would need to pay for a specialist to come manually install the update. Not cool. Not only that, but it was very expensive for the customers to buy servers to host the software—we’re talking big money that a lot of small companies did not have.

And it’s from that financial strain and cumbersome delivery process that the need for ASPs was born. Essentially, software companies wanted to make it easier for their customers to sign up. With the introduction of ASPs, customers wouldn’t have to go through the process of setting up the software on their own servers anymore. Instead, they could simply log in through a browser and use the software right away. These software companies would have a small fleet of servers for their customers to use. As a result, buying software became much less expensive and selling software became much easier.

This was a win for companies because a cheaper, more efficient sales process means more customers!

This new way of selling software spread like wildfire. Newly-minted ASP company, Fogbugz, advertised their transition to ASP in 2007 as a professionally hosted version of FogBugz 5.0, previously only available as a download. This was an exciting, innovative time for software companies.

However, there was one problem with ASPs: software companies had a hard time keeping up with their promises to their customers. The more customers they received, the more servers they needed, and that was an expensive race to keep up with. In a way, ASPs were ahead of their time. The ASP business model burdened software companies with the maintenance of servers. And that’s when the cold pancakes flopped.

Dozens of ASPs were struggling or going out of business because they could not survive the market. Companies like Agillion Inc. and HotOffice.com started with the ASP model in the late 90s but soon after went out of business in the early 2000s. ASP models just could not last.

Getting SaaS-y With the Cloud

SaaS to the rescue! Or rather, the cloud comes to the rescue, making the SaaS model far more successful than ASPs. The term “cloud computing” has been used since the 90s when technologists tried to make large-scale computing power available to more users. However, it wasn’t until 2006 when this idea became a business. Amazon Web Services launched Elastic Compute Cloud (EC2) which allowed for cheap server virtualization. Companies like Google and Microsoft followed suit with similar services in 2008.

Now, these big companies act as a third-party and host servers for software companies. These companies in turn create the software for their customers to use, and it’s all taken care of in the cloud. There’s no mailing CDs, no server shortage, just unlimited access for a much cheaper price. At this point, 85% of businesses worldwide use cloud technology.

With the help of the cloud, SaaS has allowed software companies to acquire more customers than they could have ever dreamed of as an ASP. Companies like Salesforce and BigCommerce have used the SaaS architecture to make their businesses boom.

We’ve come a long way to get here, and we’re only scratching the surface. 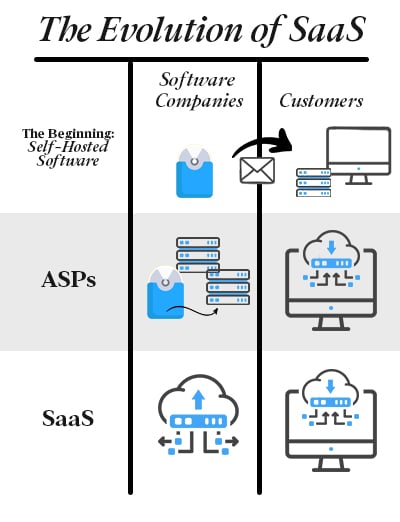 Here at Verb, we’re proud to call ourselves a creative SaaS company. It represents a journey with ups and downs, success and failure, but unlimited potential. There’s no better time to be a SaaS company than today. Verb has learned from this long history of technology and uses it to make your life as an entrepreneur that much easier. Now that’s worth celebrating!