The Evolution of Smartphones

Your cellphone’s alarm is the first thing you hear in the morning. It’s the first thing you think of as you reach over to turn it off, then blearily check for any messages you missed while you were sleeping. Your smartphone is your breakfast date, telling you about the recent news of both the world and your friends. It drives with you to work, telling you about traffic flow and what to expect on the road. And your smartphone sits on your desk all day, begging to be a distraction. It’s also how you unwind at the end of the day, streaming your favorite shows and telling you how to make your favorite foods. Before falling asleep, you set your smartphone on your bedside table, where it will wake you up again in eight hours. 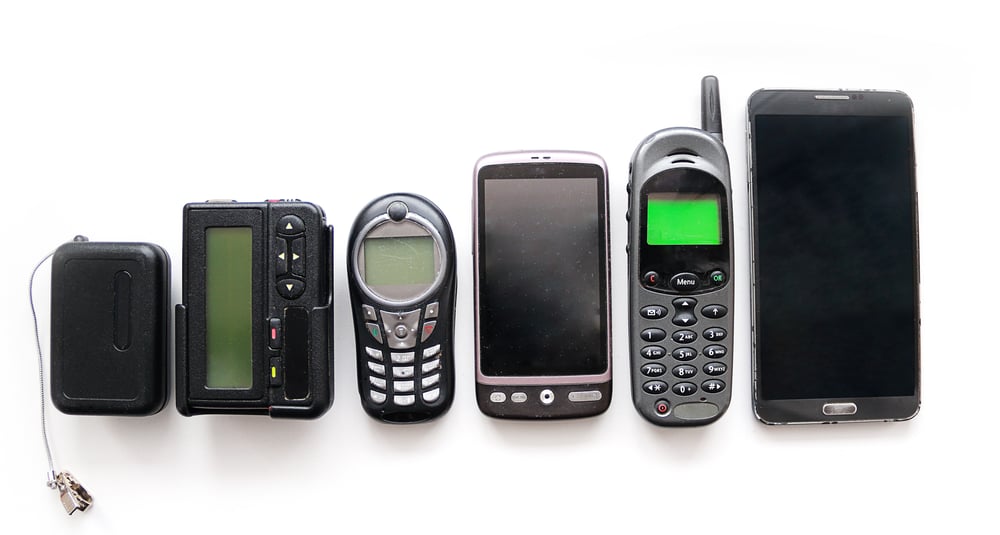 At this point in the 21st century, it’s hard to imagine a time without smartphones. As one of our handiest tools for every day, it makes you wonder how we so quickly moved from a world without smartphones to living a life that can’t function without them. Today, we’re talking about how smartphones went from nonexistent to the central focus and how you can use it in your everyday routine to better your workflow. That’s right—smartphones can be productive tools!

The IBM Simon (1994) and Early Smartphones

The IBM Simon became commercially available in 1994 and was the first phone that could be called a “smartphone,” though the term wasn’t coined until a year later. The Simon was equipped with a touchscreen, and the user could send faxes and emails (can your smartphone do that?) It also had a calendar, address book, world clock, and stock reports/news. Despite all these bells and whistles, the Simon didn’t end up taking off—it had short battery life, and it was bulky. Even in the 90s, people had standards for their phones.

But bulky devices with limited internet access were the only smartphones available throughout the 90s. Some phones carried a separate dedicated personal digital assistant (PDA) device attached to a normal cellphone. Later, some phones were created as hybrid PDA/cellphone devices. But these were expensive and not very efficient, so their popularity with early adopters who wanted portable connectivity was limited. 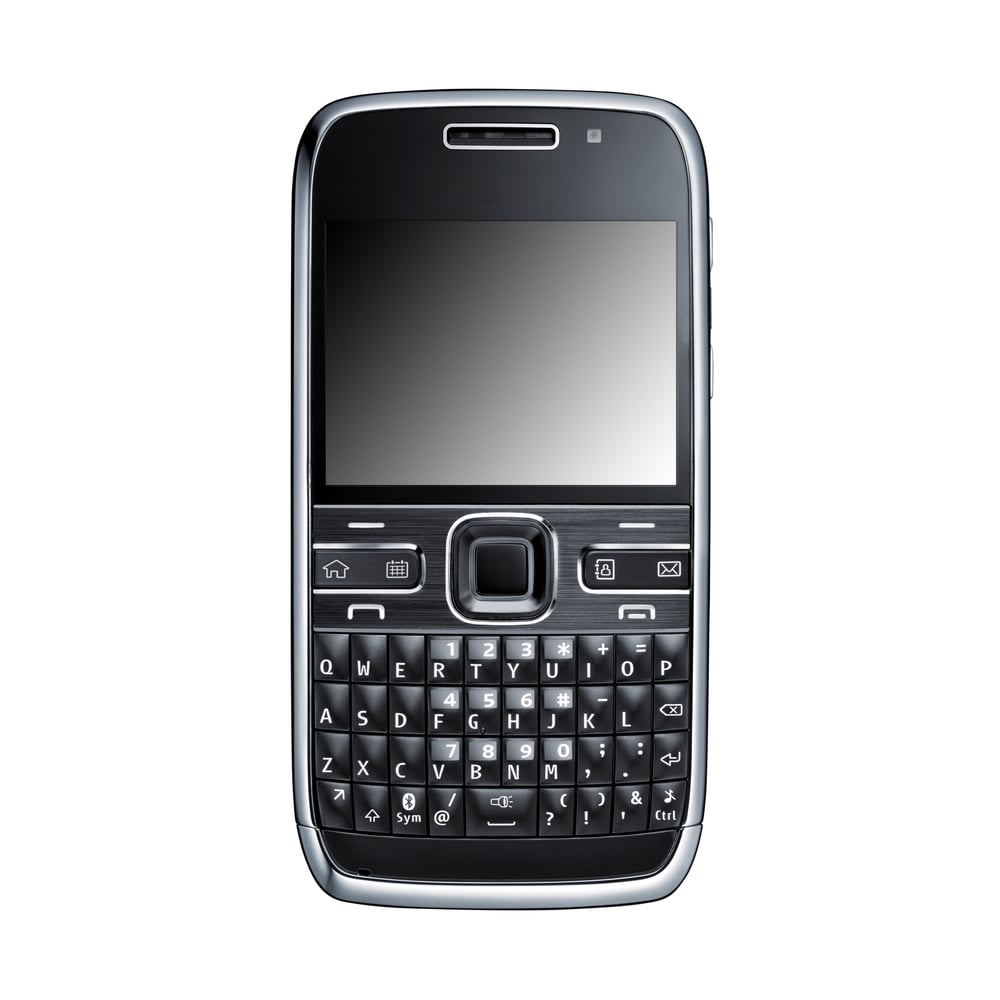 Smartphone devices started booming first in Japan because of the faster internet speeds that allowed for more internet usage, like online shopping. The U.S. followed slowly behind the smartphone trend, and it wasn’t until the mid-2000s when Blackberries gained traction by business users. Soon after, the term “crackberries” was used among users in 2006 because of the smartphone’s addictive nature.

In 2006, most smartphones still used the QWERTY keyboard below the screen or through a sliding function. Some phones began adopting touch screen PDA capabilities, and by 2010, the days of sliding function keyboards were gone. Most cellphones had complete touch-enabled screens.

The iPhone and Beyond

The iPhone was launched by Apple in 2007, completely revamping touch screen capabilities and improving user interfaces. At the start of the iPhone’s release, Steve Jobs advertised that it would have third-party accessibility through its web browser, Safari. And shortly after its release, the App Store was introduced, which allowed quick access to other third-party software. This replaced the alternative in other smartphones, which was using expensive developer tools that required official use approval.

The iPhone paved the way for today’s smartphones, and throughout the last two decades, we have seen that smartphones are a good indication of consumer trends. They evolve with what consumers want in a phone, and over time the smartphone has acquired more added features than one would have thought necessary. Since 2010, we have seen the improvement of smartphone cameras, along with the additions of fingerprint readers, wireless charging, and waterproof abilities. No longer are smartphones bulky and slow. Instead, they are sleek devices with high-speed 5G network capability. It’s no wonder they’ve made it into the pockets of 3.6 billion people.

Verb Apps- Business on the Go

At Verb Technology, we know everything is trending mobile with easy on-the-go access. That’s why we’ve created apps that will help you and your business thrive no matter where you are. Recently, we launched VerbLive with Team Attribution—you can control it with your phone and look at the analytics after an event. While you’re waiting in line at the grocery store, you can see who from your sales crew invited which customer, look at what links were clicked the most during your live video, and review the comments made during your Livestream.

You’ll also receive notifications on the Verb app, so you know exactly when you should follow up with a client and see who has been watching your videos.

Smartphones have become convenient because everything is in one place, and Verb’s software is a user-friendly place for you to keep all of your business contacts and interactions! See, I told you you can be productive with your smartphone. 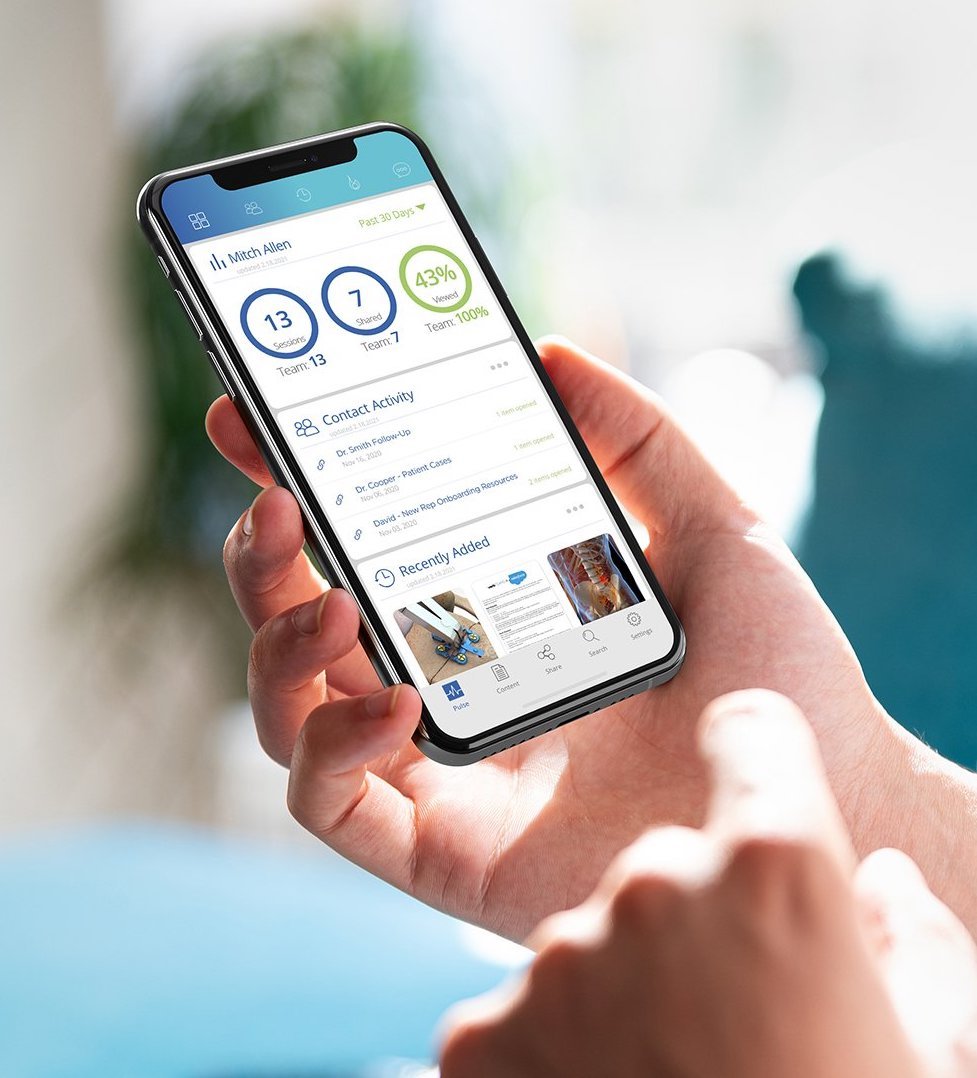 We love celebrating the technological advances that make our lives that much better. Smartphones have come a long way since the Simon in the early 90s, and they’re only getting better.

Click the link to learn more about how Verb’s technology can increase your productivity: https://www.verb.tech/