Last week we dove headfirst into the birth of virtual reality and explored the industry's deep roots in 90s culture. It was a wild ride, with some images depicting the early tech that I just couldn't help but laugh at. But we've come a long way since then. Honestly, I'm a little shocked at just how far VR has evolved in the last couple of decades. We have the right technology now, and it's capable of providing experiences that are—simply put—breathtaking. So this week, I'd like to keep our feet firmly planted in the present and talk about how the technology is used today, how you can use it right now, and exactly how effective it is. 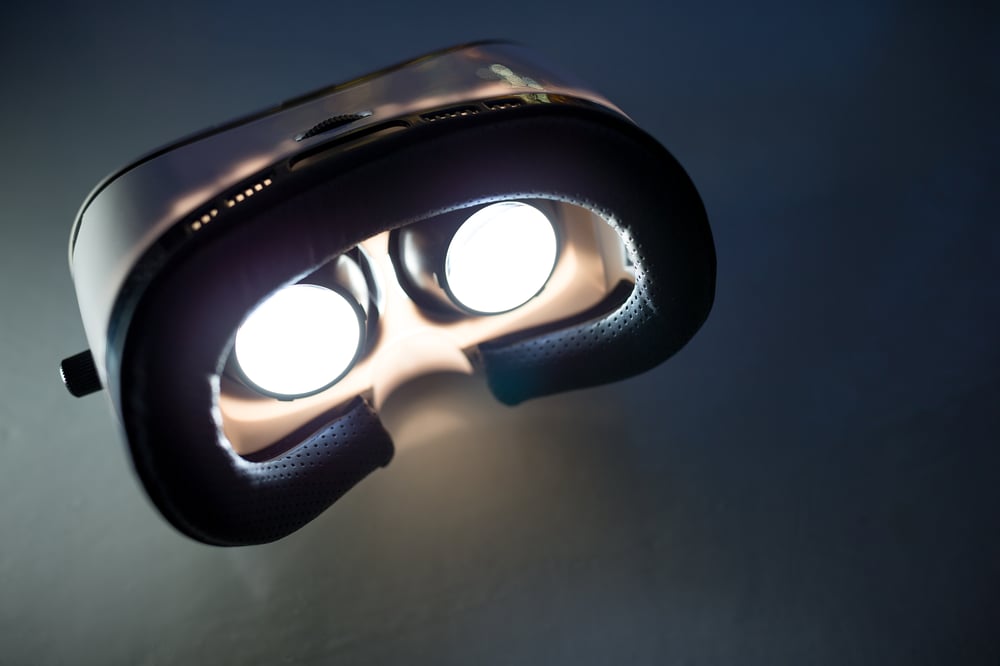 Alright, so you've got your brand new, state-of-the-art virtual reality headset. Whether you went for a standalone model like the Oculus Quest, or one that plugs right into your current computer system like the Valve Index, there are over half a dozen to choose from at the moment, and that's just to start with. There are plenty of companies looking to pioneer the next big leap in virtual reality, but I'll touch on that a little later. Once you've found the right headset for you, it's time to strap it on and — do what, exactly?

While the forefront of this movement has traditionally involved video games and entertainment, that's looking at things from a consumer perspective. The truth is, there are so many ways in which virtual reality can help a business that people are only now starting to realize. These are things that will save money, eliminate risk, promote collaboration, and more.

It's a brave new world out there. Are you ready to take a peek behind the curtain? 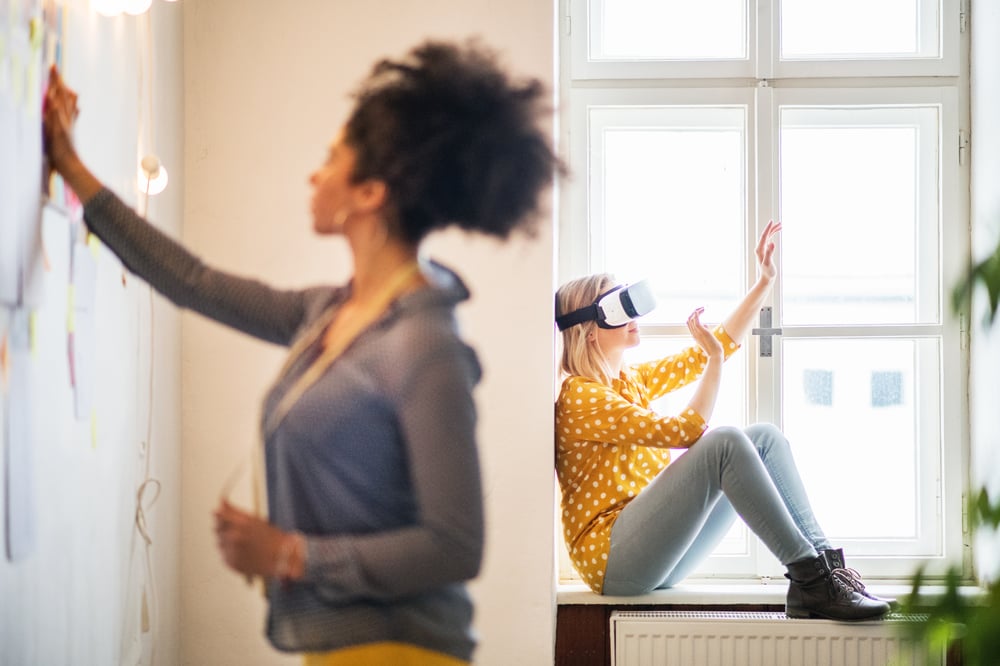 MORE THAN JUST A TOY

There's a stigma out there that VR is just an incredibly expensive toy. Admittedly one that's cooler than most, but a large chunk of the marketing behind virtual reality so far has been geared toward gaming, even back in the '90s.

That's a bit of a shame, though, because there are some amazing applications virtual reality can have if you dig a little deeper than its surface-level value as an entertainment device. For example, if you're working in the right industry, training your employees can get done faster and cheaper using a VR headset. Restaurant chains like KFC and Honeygrow have both used VR in conjunction with employee training. Honeygrow reports that the number of employees becoming certified rose from 50 to 75 percent within the first month of using the technology.

Meanwhile, Walmart started using VR to allow employees to experience certain scenarios in a safe, no-pressure environment in the retail industry. These employers can experience high anxiety (and high turnover) events like Black Friday virtually, so the employee can adapt to the sights, sounds, and crowds before dealing with the real thing. This enables them to prepare for such events and do their job better in the moment without being overwhelmed.

Another industry using VR to help its employees prepare for stressful situations is the healthcare industry. Children's Hospital Los Angeles (CHLA) created virtual simulations with the help of Oculus to prepare medical students and staff for high-risk trauma situations, complete with all the chaotic elements that can make dealing with patients in the moment so difficult. But with absolutely no risk or real stakes, they're able to get as much hands-on training as they need so that when the real thing comes along, they're prepared.

Actually, can we revisit entertainment for a second? Specifically, the film industry. And as fun as it is to watch your favorite movies in a VR movie theater, I'm talking about Hollywood itself. Remember when Disney released the remake of The Lion King a couple of years ago? Well, director Jon Favreau and the crew of that movie were able to create all of the sets and characters in 3D and then use virtual reality to enter those locations. With their headsets on, they were able to walk around places like Pride Rock, find the best place for their camera, adjust lighting, move the characters around, and shoot the whole thing in virtual reality.  They saved money on flying out to locations, moving equipment, and a lot of production work. I've seen pictures, and I still don't believe it. That whole story blew my mind.

The rabbit hole here is seemingly endless. Once I fell in, I just kept falling. There are companies using the technology to put together presentations for buildings and products that haven't even been built yet but can be experienced virtually. For instance, IKEA put together some simulations for customers to experience what it would be like to live in one of their kitchens in an initial foray into what some are calling "v-commerce". One company is even using VR to visualize data in a collaborative, 3D environment, enabling employees to review data and hold meetings together even when they're miles apart. 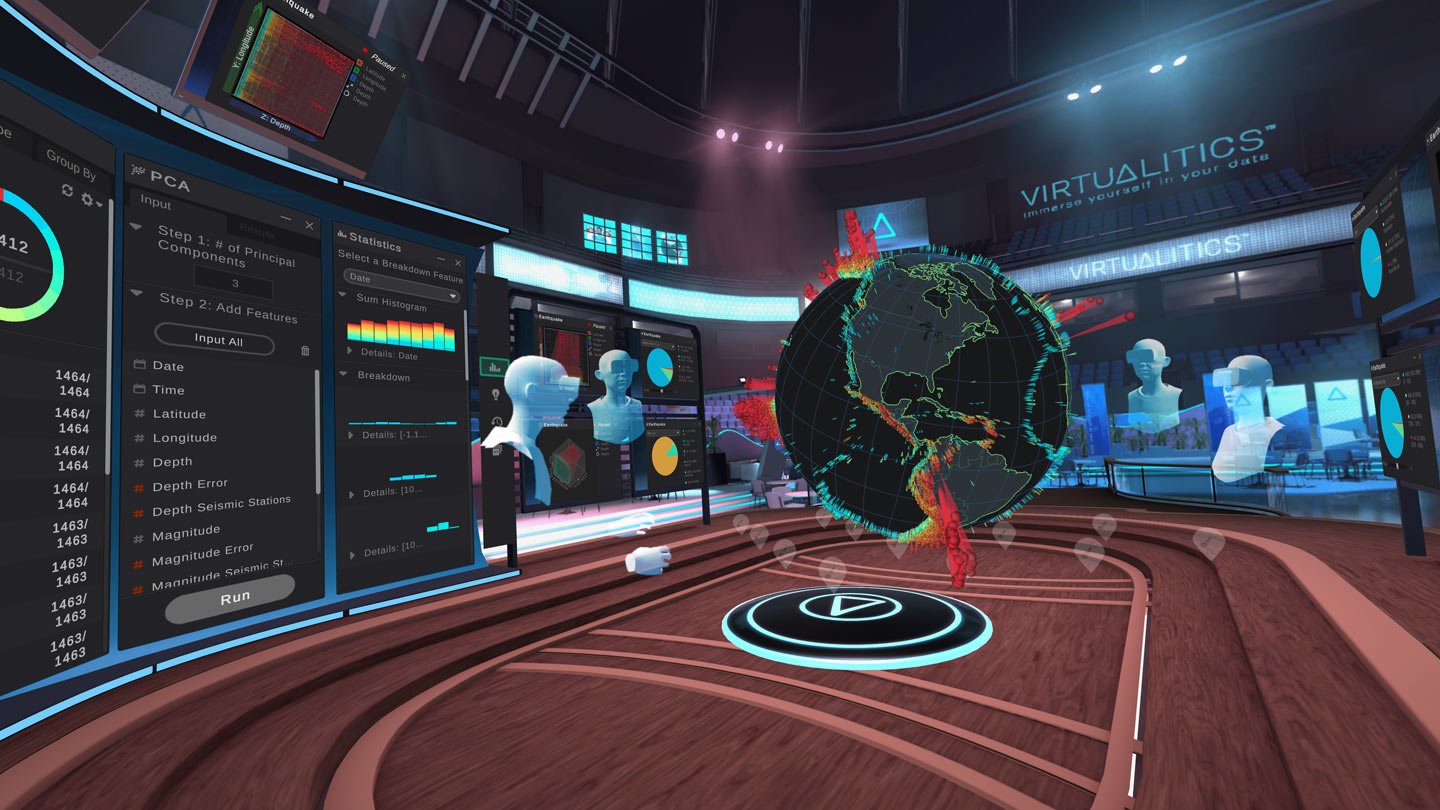 BUT DON'T TAKE MY WORD FOR IT

The question on my mind after I read all of these incredible stories was simply, "Cool, but does it actually work?" There have been many cases throughout history where we've embraced technology too early, only to backtrack later when it's discovered that it doesn't have any real benefit. So, where does that put virtual reality? What kind of results are we seeing by implementing this technology within a business environment?

Surprisingly, some early studies are showing that VR is a pretty solid investment. Nestlé Purina found that they could save around $100,000 annually by converting some of their sales training and collaboration operations to VR. Their teams are able to take virtual tours of the company's factories to get a better idea of the production process and get a more solid foundation for how everything works.

Hilton also integrated VR into its employee training, giving hotel employees a chance to interact with a virtual staff as a guest themselves, to show them how an employee can affect a customer's experience. Given that sense of empathy, the company saw 87% of their staff change their behavior and a reduced training time from 4 hours to just 20 minutes.

In one of the most interesting studies I read, Sprouts Farmers Market created a set of VR training simulations—not one focusing on skills but company values. One example was teaching a mother how to shop for their child who was newly discovered to have a gluten allergy. Three hundred employees were trained on these principles, half on VR and a half using the traditional PowerPoint method. 48% of those trained on VR were able to demonstrate that they had learned the desired principles, while only 3% of those trained on PowerPoint could do the same.

It's incredible to me that virtual reality can not only make learning job-specific skillsets easier and faster, but there's an added benefit— learning empathy. I think it comes from actually being in a situation. Virtual or not, you're seeing these scenarios through your own eyes, hearing them with your own ears, and coming away with a better understanding of the values and principles that your company wants to exemplify.

The one thing you have to keep in mind with all of this is that we're not at the end of the line. Virtual reality is still a young technology, and while I'm occasionally gobsmacked by what it can do, there's still a long way to go.

But what's waiting for us around the next corner? How do we deal with the current technological limitations without running another VR crash risk as we had in the '90s? Personally, I don't think history is doomed to repeat itself in this case. And the future looks pretty amazing... but that's a story for another week.

Spencer Sandoval is  apart of the Creative Team at Verb. As one of our Email Marketing and eCommerce professionals, he has  a ton of experience working with the Magento and Zencart eCommerce platforms, as well as managing customer lists, creating segments, and getting e-blasts sent out on a weekly basis for a number of clients using the email marketing platforms Bronto and Email Direct.