Supporting Mental Health during the Pandemic

It was 11:00 AM on a Friday morning, and I had just finished a video call with over a dozen people in it. The second before I clicked the "Leave Meeting" button, I was in the middle of all those voices talking about the day's workload, movies they watched the night before, and random jokes. There was laughter, inspiration, and teamwork. Just like every other day. But then I hit that button, and it all cut off so abruptly. I looked at the room around me, the same four walls I've been stuck staring at for just over half a year now, and as the silence really made itself known to me, I realized that until that same meeting came around again on Monday morning, I would once again be completely alone. 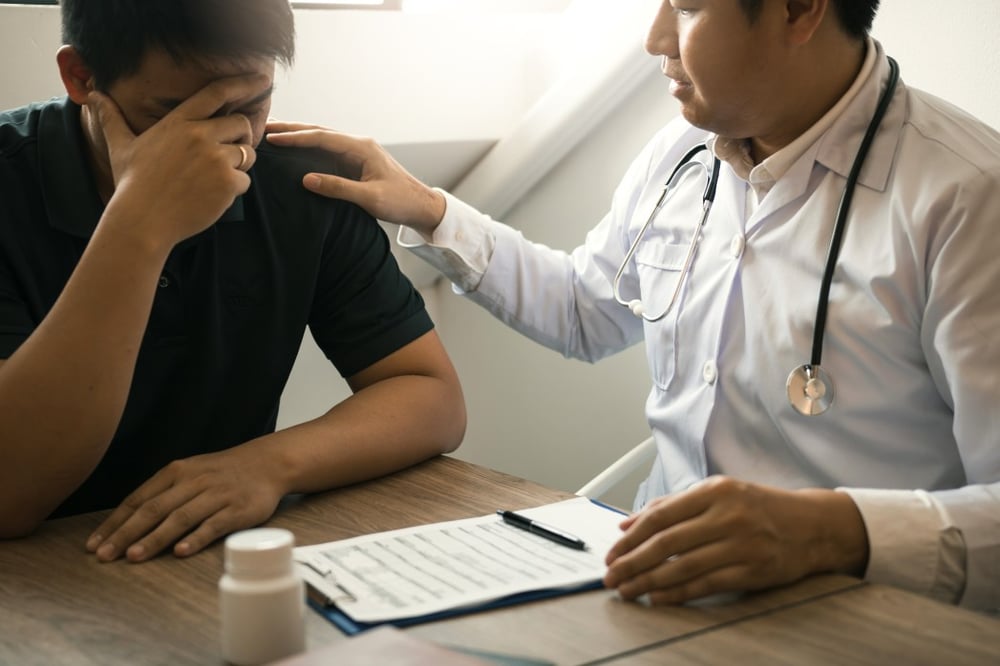 It's a strange thing to recognize that this pandemic has impacted your mental health. At first I didn't mention it to anyone, because it felt unfair to complain about what I thought was trivial. I'm wearing a mask, I'm keeping my distance, I'm following all the rules, and I haven't been sick. Some people I know have gone through the exact same efforts I have, and they ended up with COVID. I want to be there for them, I should try to stay positive for them, why waste energy feeling sorry for myself when I'm just a little lonely?

This might sound a little familiar to you, and if so, you could be one of the many people who have struggled with their mental health since quarantine started back in March. And if you are, it’s okay. I'm right there with you, friend.

Given that World Mental Health Day was just last week, and Verb for Humanity has recently announced plans to help raise funds for NAMI (the National Alliance on Mental Illness) I wanted to... well, I just wanted to talk. About what I've been going through, what you might be going through, and what the world at large has been going through. Because it's a bigger issue than you may think, and frankly I'm not going to solve the problem staring at these same four walls any more than I already have. 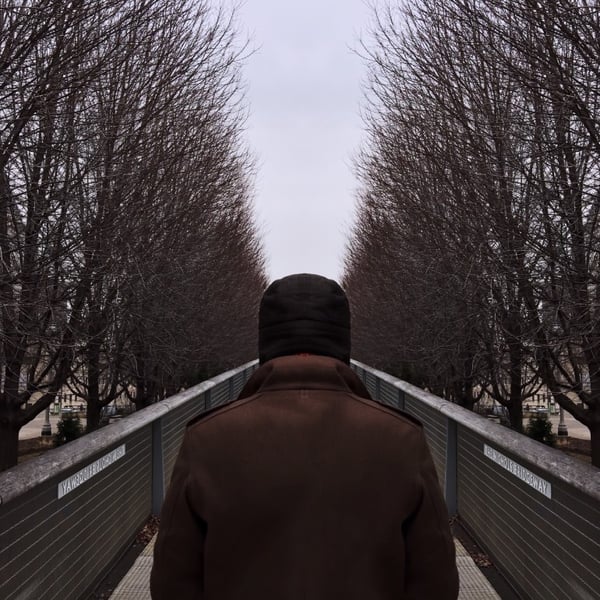 A lot of people are having trouble sleeping at night, they're not eating as often or as well, and they might be unable to explain the feeling of fear or uneasiness they feel all the time. Our regular routines are broken, we're always on edge, and everything just kind of feels chaotic and uncertain.

The world is going through a mental health crisis, with just over 50% of people reporting a negative impact on their mental health this year. Which really isn't surprising, given everything that's happened in 2020.

For a lot of us, this is the first world crisis we've had to go through, and it's so strange that a lot of life is the same (I just left to pick up some groceries as I was halfway through writing this section of the blog) and others feel like it will never be the same again (a lot of people there were wearing masks along with me, and it's still very weird to realize how quickly that became an everyday sight). And, because this is new to so many of us, we're not sure how to deal with it. How to get back to ourselves. It's lucky, then, that a lot of very smart people recognized this was happening, and are here to help us out. 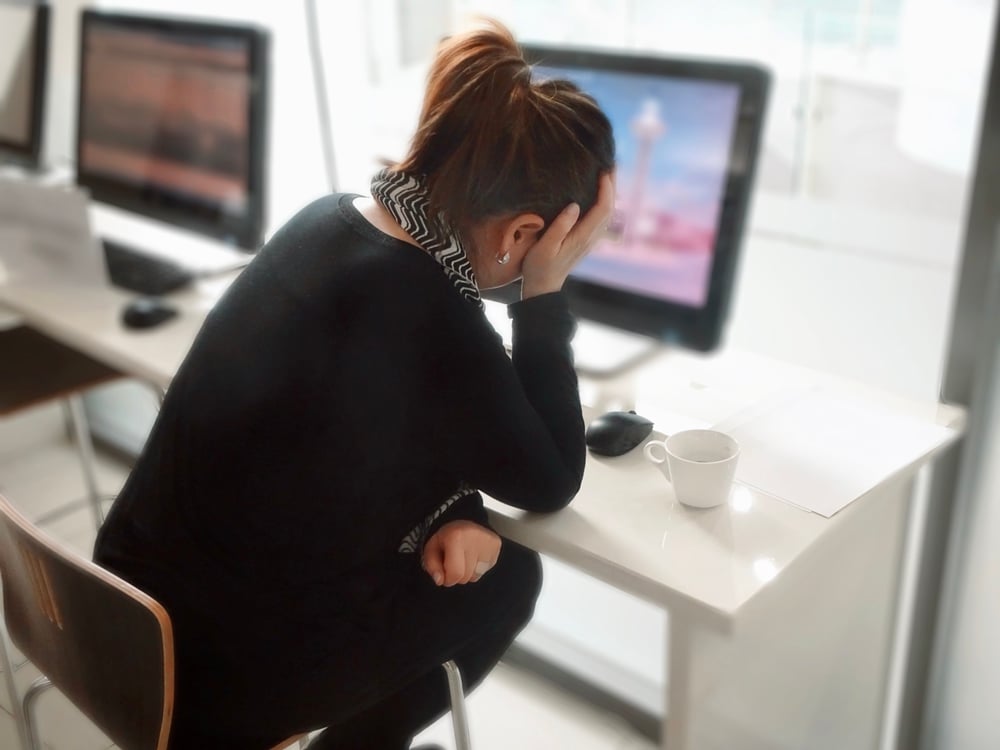 If you're one of those who might be currently struggling with their mental health, I've got good news for you: there are so many resources available to help you on your path back to normalcy.

The best I've found by far is a list put together by the U.S. Department of Health & Human Services, detailing ways to cope with stress, handle grief, even talking through these difficult subjects with your children. There's also contact information for several helplines that will get you in touch with the right people if you feel like you just need to talk to someone.

Yale Medicine recently published an article with a few ways to assess your mental health as well, and it offers a few great tips for untangling the mass of emotions you might be encountering on a daily basis. For example, writing in a journal has helped me immeasurably. It's far from a cure-all, but at least when I slow down enough to put my thoughts into words, I can start taking steps to properly address what I'm feeling.

That same article suggests taking a break from the news every once in a while. I can't recommend that enough. While you should keep yourself informed of what's going on in the world around you, if you start to obsess over it, you can easily become overwhelmed. There's just too much going on for one person to handle, and there's more coming every day. Sometimes the best thing is to take a step back from the world at large and just concentrate on you. It's just like they tell you during the in-flight safety demonstration, you can't help those around you until you've taken care of yourself first.

Another common method of dealing with the anxiety and stress that comes with living in the year 2020 is to give yourself opportunities to socially engage with people. This one can be hard, if you're like me and are still in quarantine as much as possible, but it's also the one thing that has helped me the most.

We need to be social; it's built into our DNA. Thankfully, through the wonders of technology, it's easier than ever to simulate being in a room with friends and family. A couple months back, we talked about how to make your virtual meetings better (https://blog.verb.tech/better-virtual-meetings-in-5-easy-steps), but I've personally found that by its very nature, being in a work meeting can be draining no matter how entertaining it is in the moment. There's still an inherent pressure, and to alleviate that you might have to call on those closest to you. As for the conversation you have, that's up to you. Sometimes there's a strong sense of bonding that can come from talking through the challenges you're facing together. Sometimes it's better to leave that behind you for a few minutes and talk about a TV show or movie you found this week. I've come away from a lot of those virtual hang outs feeling better for no other reason than I got to feel normal for a little while.

This isn't a problem that can be fixed tomorrow. And that might be the biggest struggle I'm facing with all of this. We're so used to the quick fix, our society has been streamlined so that nearly everything happens instantly. Wearing a mask takes a toll, keeping your distance takes a toll, being isolated takes a toll. But remember that we're doing this for a reason, and sometimes doing the right thing is hard. Not a lot of people thought we'd still be doing this by the end of the year--I certainly didn't. But we have to keep going, because it is having a positive impact (https://www.nature.com/articles/s41467-020-17922-x). We're helping, it's just taking time. And remember that while it might feel like it, you're not alone in this. And for when times get more difficult, there are resources at your disposal.

Don't worry, we haven't finished talking about mental health just yet. Next week we're going to continue this series as we dive into a discussion on helping your team navigate mental health and then finish it off the week after with a discussion on adjusting your marketing strategy for a society defined by mental health awareness. In the meantime, stay safe out there, everyone.