The 90s marked an age of great technological advancements and lasting trends...as well as the birth of some companies and fads that burned a little too hot and fast for long-term sustainability. Today, we’re going to reminisce on a few of the decade’s greatest companies (the bops, if you will), as well as those that are, unfortunately, no longer on the average person’s radar (the flops). 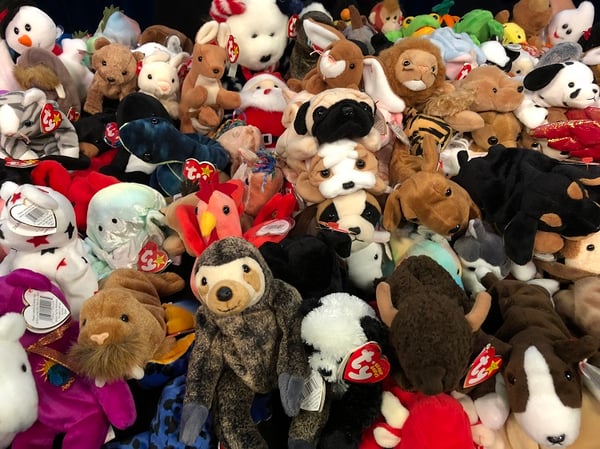 Don’t deny it—you had at least one of these lovable bead-stuffed creatures! Beanie Babies were invented in the late 80s and by 1995, they were being hailed as the world’s first internet sensation. A large part of their popularity stemmed from the fact that these weren’t just toys for kids—for many, they were seen as a valuable investment. Since several Beanie Babies had significant resale values and each animal had only a limited release, collectors snatched them up like they were preparing for a toy apocalypse. One family, in fact, gambled nearly $100,000 on their collection, assuming that the toys would eventually reach peak value and could be sold off to put the family’s children through college. (Spoiler alert: they didn’t.) Serious collectors could be identified by the signature plastic cases around each toy’s tag, as “a Beanie Baby’s worth was said to fall by 50 percent once the tag was removed.”

Unfortunately, the craze was too good to be true and the Beanie Baby Bubble eventually burst, leaving millions of people with nothing but boxes of bears that would be lucky to fetch $10 on Ebay. Unless, apparently, one of those bears happens to be a purple Princess Diana commemorative edition, which seem to be in high(ish) demand to this day. 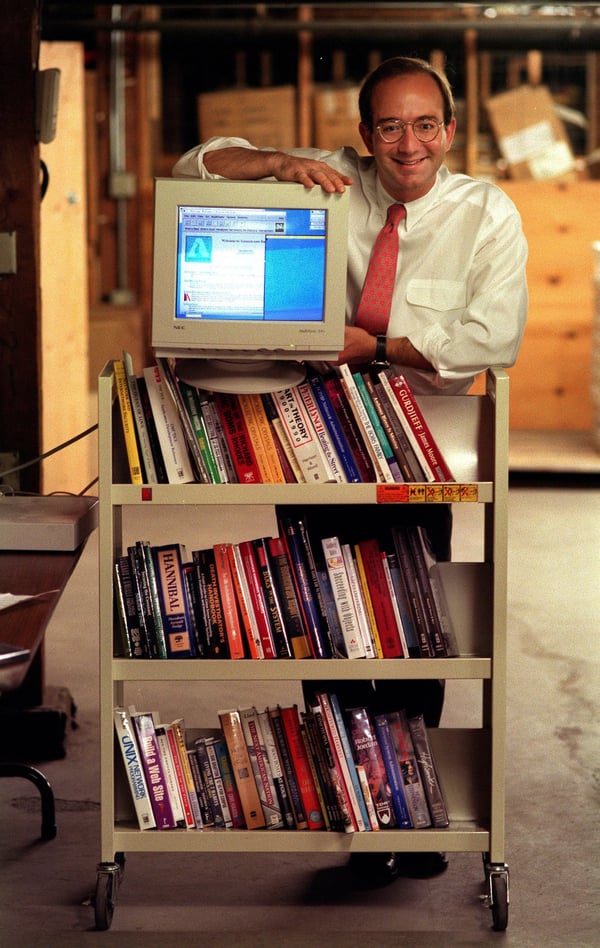 The Amazon origin story, like many modern technology legends, began in a garage. In this case, it was the garage of Jeff Bezos, whose parents had invested a quarter of a million dollars to fund his online bookstore. As the story goes, Bezos was feeling a little salty about not capitalizing on the first wave of ecommerce, so he decided to build an empire based on one of the world’s most sought-after commodities: books.

Clearly, the venture was a success. Today, Bezos is one of the richest people in the world and his company is no longer limited to one type of product. Not only does Amazon’s ecommerce platform sell nearly anything you could possibly imagine (a true Godsend for the homebody, or anyone affected by a global pandemic), but its web services control roughly 40 percent of the cloud market. Not too shabby for someone who just wanted to usurp the local bookstore’s profits. 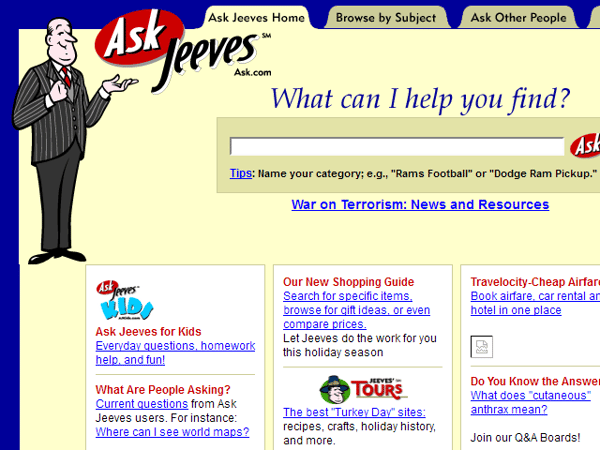 If you had a question in the 90s, there was only one virtual butler to ask: Jeeves himself. Ask Jeeves was a search engine aimed at answering questions in everyday, natural language. The site’s mascot was a fictional valet named Jeeves who answered every query in his question box. Shortly after its inception, Ask Jeeves was one of internet’s most visited sites, with its mascot even appearing in balloon form at several Macy’s Thanksgiving Day Parades. However, its popularity quickly waned in comparison to other search engines like Google.

Today, the website still exists (without Jeeves) under the name Ask.com, but as a question-and-answer forum rather than a search engine.

While companies like AltaVista and Ask Jeeves were unable to survive the tech landscape, one search engine emerged as the clear winner in the info wars: Google. The company originated as a search algorithm called "BackRub", a research project that was begun in 1996 by Larry Page and Sergey Brin when they were both PhD students at Stanford University in Stanford, California. A Salon article in 1998 praised Google’s efficiency at keeping up with the internet boom, saying, “Google gets remarkably smart search results by using a mathematical algorithm that rates your site based on who links to you. The ranking depends not simply on the number of sites that link to you, but on the linking sites' own importance rating. The result is a kind of automated peer review that sifts sites based on the collective wisdom of the Web itself.”[3] It was a completely unheard-of strategy that took the web by storm.

Today, we know Google not only as a company, but as a verb—and a lifestyle, really. After all, when was the last time you made a random internet search anywhere else? 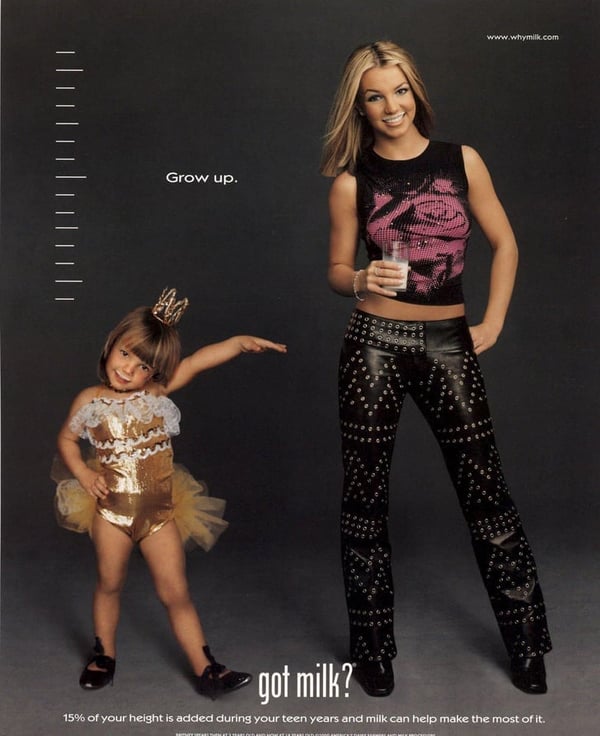 There was a time where you couldn’t flip through a magazine or walk down a hallway in a public school without seeing the smiling face of a celebrity with a milk mustache. As an article by Fast Company put it, “A perfect encapsulation of the ’90s, Got Milk? is an indelible piece of advertising-turned-pop culture. If the ’90s were the decade that saw celebrity culture reach a new apex, the campaign is its holy grail.” Eventually, the campaign would stretch even farther, partnering with Nabisco, cereal manufacturers and Sesame Street in its efforts to market the beverage.

The result? One of the most iconic marketing campaigns of all time. Whether or not you’re a dairy drinker yourself, chances are pretty good that you associate that tagline with positive nostalgia. 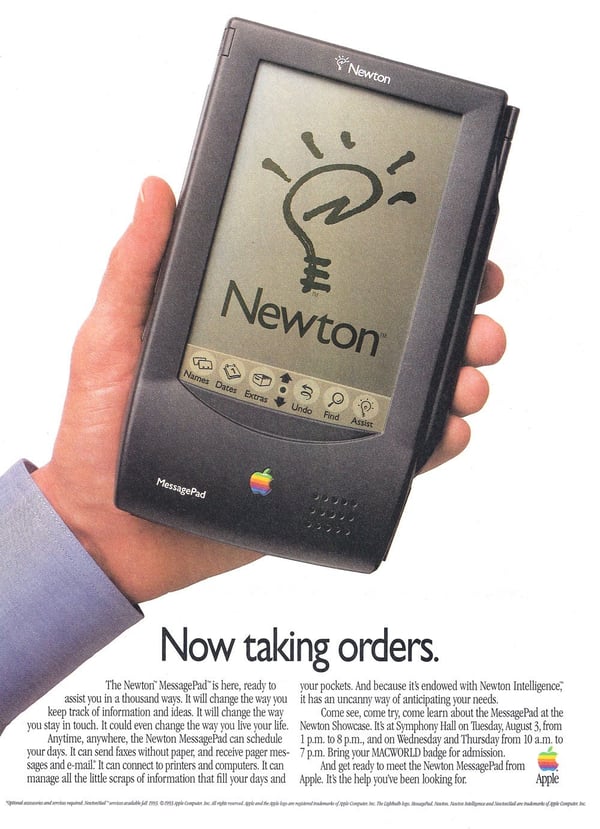 Apple is such a powerhouse today that it can be easy to forget just how humble its beginnings were. Before the iPod, even before the brightly-colored iMacs took over every computer lab in the 90s, the company rolled out a series of personal digital assistants called the Newton.

It’s easy to see why Apple would have tried to make The Newton happen. After all, PDA technology was just starting to hit the scene and personal tech devices seemed like the next natural step in the advancement of technology. However, the Newton was seen by most consumers to be overpriced and glitchy, leading to its being discontinued in 1998—just one year after the more popular PalmPilot was released.

It’s almost surreal to look back and see how far we’ve come, and we can’t wait to see what the future holds. At Verb, we’re passionate about looking back to build a brighter future, and reminiscing on what worked (and what didn’t) in the past has helped us create better, more user-friendly products. What were your favorite (and least favorite) 90s trends and tech? What 90s elements would you love to see Verb bring back?

About the author:
Wife, supermom, foodie and talented critic, Heather Hanson, is a skilled veteran in copy writing, editing, creative writing, and social media outreach. She brings a lot to the table with Verb, and has been recognized by our company as our National Treasure.