A CEO’s Guide to Influencer Culture

Unless you’ve been completely tuning out any news of marketing trends, chances are really good that you’ve heard chatter about the influencer culture and its effects on your industry. As a busy CEO, though, it’s entirely possible that you haven’t had time to completely educate yourself on what exactly influencer culture is, and how you can utilize it in your business. We’re here to help. This post kicks off a three-part series where we’ll talk about the influencer culture, how it started, where it’s going, and how you can best take advantage of this booming trend.

What is An Affiliate Sales Model?

Take a look at some of the most popular accounts on social media and you probably won’t be surprised to see that a hefty majority of their content is #sponsored. At Verb, we create tools that help people share their stories with the world, and some of our clients choose to do this through the use of influencers and affiliate marketing, so we’re no stranger to this business model.

Affiliate marketing is the concept of using others to market for you. Oftentimes, these marketers are paid in product, discounts, or a percentage of the sales generated by their individual marketing efforts. While affiliate marketing has been used with great success for years by well-known companies (looking at you, Amazon), it’s no secret that this model has become increasingly common alongside the boom of social media.

That’s because in today’s social media culture, it’s never been easier to share the things you care about with a wide audience. It works like this:

Suggesting that affiliate models are popular is an understatement—PracticalEcommerce suggests 81% of brands and 84% of publishers leverage affiliate marketing. 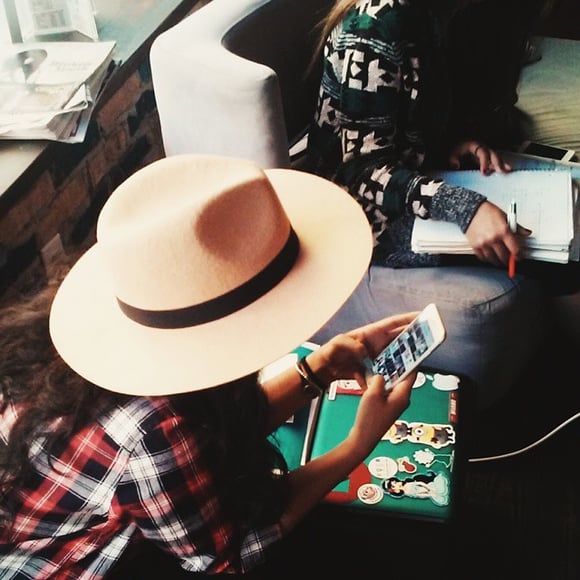 The Rise of Influencer Culture

Although social media is the “home” of today’s generation of influencers, we have to go back much farther in history to get a clearer picture of how this phenomenon began. Culturally, we’ve relied on public figures and celebrities to influence consumer spending for years now. For example, attendees at major awards shows have been gifted dozens of elite-brand well before Facebook came on the scene. In 2001, Pepsi compensated

Britney Spears to the tune of $50 million to be the face of their brand. Carls Jr hired Paris Hilton to pose with a burger in what would prove to be an infamous ad in 2005. And since top companies continue to pay for these endorsements, we can reasonably assume that they’ve been helpful to the bottom line.

However, a big shift happened in the marketing industry with the introduction of real-time sharing platforms. Suddenly, it wasn’t just traditional entertainers whose lives were being showcased publicly. Regular people were propelled into semi-fame based on their photographs, essays and videos, and with that exposure came a certain level of clout. It wasn’t long before others began to mimic these rising influencers in attempts to “go viral” themselves.

The travel and tourism industry was especially quick to see the effects of this movement. For example, Iceland, once a relatively obscure travel destination for the average American, has quickly become known as one of the most “Instagramable” places to go on vacation, thanks to its remote landscapes and stunning scenery. The fashion industry was equally effected, as participants rushed to purchase pieces seen on their favorite social media channels. Now, you can attend almost any runway show during fashion week and see that most of the audience is made up of social media darlings.

You can imagine that it didn’t take long for brands to capitalize on this phenomenon. Companies of every size began to create partnerships with influencers, offering them free products, travel and even monetary compensation in compensation for sponsored content. Thus, the modern influencer culture was born—and it hasn’t died down since. According to Influencer Marketing Hub, there was a huge increase in companies that used influencer marketing in 2019, and it seems to be money well spent. Their 2019 Benchmark report states that, “even average firms achieve impressive results, with an average earned media value of $5.20 per dollar they spend on influencer marketing.”

As we’ve mentioned above, affiliate marketing is a key way that brands capitalize on influencer culture. And most of the time, this is done through the use of affiliate links.

Sometimes, a retail seller requires affiliates to complete an application and be selected as a brand ambassador in order to partner as an affiliate, but not always. Amazon allows any user to share products using an affiliate link, therefore keeping a small percentage of any sales.

The increasing popularity of affiliate links has led to the creation of companies like RewardStyle, which describes itself as “the first and largest invitation-only end-to-end content monetization platform for top-tier digital style influencers and brands around the world” and provides influencers with “exclusive access to an innovative ecosystem of monetization tools, a global network of 5,000 retail partners, and tailored growth services—all designed to power the monetization of your content.”

A newer trend in influencer marketing focuses on a subset of social media users known as “micro influencers.” Typically, micro influencers have around 2,000-50,000 followers, as opposed to the hundreds of thousands, or even millions that are attracted to more mainstream influencers. Micro influencers often partner with agencies to attract partnerships with brands that reflect their current content, usually making anywhere from $20-$1000 per sponsored post.

Far from slowing down, the use of influencer culture in marketing is projected to continue to boom in the foreseeable future, as brands, agencies and influencers work together to find new ways to creatively produce their sponsored content.

It’s a trend that is reaching beyond the borders of consumerism into politics, too. 2020 presidential candidate and former NYC mayor Michael Bloomberg recently invested campaign funds into collaborating with a series of high-influence meme accounts in an attempt to reach a younger, more internet-savvy demographic. Whether it works remains to be seen, but it’s definitely opened the door for interesting commentary on today’s “internet society.”

We’ll talk more about current trends in influencer marketing part two of this series, so be sure to check back in next week!