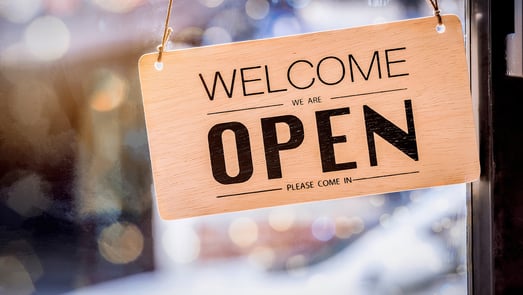 In this series, we will investigate a few of the biggest challenges currently facing SMBs (Small and Medium-sized Businesses). In this first of three parts, we will be looking specifically at new technologies and the impact that they're having on today's SMBs.

According to the US Census Bureau, there were "5.6 million employer firms in the United States in 2016," of which 99.7% had fewer than 500 employees. 5.6 million small businesses is a large number, and the figures are similar elsewhere across the globe. While large, often multinational, enterprises get most of the attention, as specialization becomes increasingly essential, SMBs will continue to be the engines of innovation.

One of the biggest challenges confronting SMBs is how best to approach new technology. It has become critically important to all of our lives. The Internet, the cloud, artificial intelligence, and big data have permanently changed the way we do business. It does not matter the industry; disruption has been a constant over the last twenty years, and this shows no signs of changing.

With all these ideas, let's take a look at just a few of the ways that new technologies are posing challenges to today's SMBs.

The biggest challenge for SMBs when it comes to new technologies is their widespread proliferation. Identifying and deploying the right technologies is no longer just a problem for the IT department – it is something about which every employee must consider. Fifteen years ago, IT teams identified software systems and rolled them out, often without consulting the people who would be using them. (This sounds insane, but it did happen.)

Due to the sheer size of the software industry, no IT team can keep track of everything. In 2011, Marc Andreessen declared that "...software is eating the world." While this seemed like hyperbole in 2011, history has proven that Marc may have been underestimating the phenomenon.

As the relentless march of the software industry continues, hardware companies, like Apple and Samsung, are evolving devices so rapidly that SMBs find it impossible to stay ahead of the curve. When SMBs are forced to rely on legacy systems and outdated equipment, drops in productivity become inevitable and are often costly to the bottom-line.

When employers are unable or are unwilling to provide the devices their employees' demand, businesses often turn to bring-your-own-device (BYOD) policies. While these policies are initially attractive, they can cause unintended consequences.

According to one study, 30% of small business owners say that keeping up with technology advances is a primary concern. Large businesses can struggle with technology as well, but the challenge is potentially worse for SMBs due to lack of internal expertise and lower budgets. As with most things in business, leaders must always think about risks vs. reward. Technology can pose a challenge, but it can also change your business for the better and allow you to deliver the best possible service to your customers.

As evidenced by the three major industrial revolutions, as technology improves, vast sums of money can be made. Klaus Schwab

(Founder and Executive Chairman, World Economic Forum) asserts that we are currently experiencing the Fourth Industrial Revolution. This latest revolution is leveling the playing field between the rich and the poor – and between SMBs and large multinationals.

In their report "Small business technology trends," Deloitte found that SMBs with high levels of digital engagement earned twice as much revenue per employee. These businesses were also almost three times as likely to be job creators. It is widely accepted that technology helps economies to bounce back from recessions. Artificial intelligence (AI) and machine learning are already being used to prevent recessions from happening in the first place.

The benefits of technology are both tangible and intangible. When technology underpins a vital component of a business or is required for the company to be possible in the first place, this defines tangibility. Sometimes the benefits are more intangible and can be impossible to measure, such as if they make employees feel more trusted.

We have discussed ways in which new technologies are acting as disruptors. The question remains: Do you have a plan to harness these technology disruptors over the months and years to come? Technology managed properly can go from being something that you need to wrap your head around to something that provides your company a competitive advantage. New technologies come about because there is demand for them. While it can be challenging to understand and embrace new tech, the benefits make it more than worthwhile. If you do not invest in technology, you will likely find your business trailing those companies that did make the investments.