The State of the Gig Economy – Part III: The Future 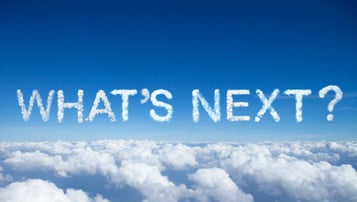 Welcome to the third and final part in our series on the state of the gig economy. In our previous two posts, we covered the early years of the gig economy before examining the present state in 2019. In this last post, we will be looking to see what the future might hold.

From the previous two parts in this series, it is clear the gig economy is strong. A vast amount of research has been carried out to understand the impact it is having on the way we do business and make money.

According to one projection, over half of all US workers will have had some experience as independent contractors by 2027. Therefore, if companies want to hire staff, then they are increasingly going to need to turn to the gig economy to fill their vacancies. Also, over 20% of organizations from across the globe, with more than 1,000 workers, are made up of at least 30% of gig economy workers.

In collaboration with Harvard and Princeton economists, a 2016 RAND data study revealed that 94% of new work opportunities added to the US economy between 2005 to 2015 were either gig projects (or otherwise did not fall into the traditional office-based work category). Companies are actively looking to recruit gig economy workers. In the future, we can expect to see a new generation of companies that turn to gigs first and traditional job roles second.

What this means for employees

One of the most significant current trends in the gig economy is a rise in the number of gig workers from developing nations. In an article for Forbes, Abdullahi Muhammed explained, “Only 1% to 4% of workers in mature economies are relying on gig platforms for [their only source of] work. But, if you look at emerging nations, those numbers jump significantly.”

This change in the makeup of the international workplace has also led to differences in the developing world. For example, in Africa, the ability to work online allows people to increase their personal earning potential, ultimately bringing more money into the country. The World Economic Forum is saying that the gig economy could power Africa’s growth in the years to come.

The move towards the gig economy in the developed world is accelerating as more people seek the flexibility it can provide. An increasing number of people – and millennials in particular – want the ability to work from anywhere. However, many companies are slow to enable this more flexible style of working, with only 3.2% of US employees working from home at least half the time. Companies that cannot (or will not) offer the desired flexibility will further motivate individuals to seek out the gig economy.

A bright (but uncertain) future

With all its promise, the gig economy as we know it is still a relatively new phenomenon. It is a safe bet that as the gig economy market continues to develop and mature, new opportunities will be created throughout the world and at all levels.

This shift to the gig economy could help to drive the global economy and encourage economic growth in the areas that need it the most. Workers, employers, and consumers benefit from these new ways of working. There has never been a better time to explore the gig economy; for your personal benefit or for the benefit of our company.

The future of the gig economy is far from set in stone, but we can make some educated guesses how things are likely to progress:

It is not too early for you to familiarize yourself with the way that the gig economy works from the perspectives of both the workers and employers. The best way to learn about the gig economy is to use it personally and for your business.