The Evolution of Video in Social Media

Social media has come a long way since its MySpace debut in the early 2000s, and video has been the main driver behind its progression. It’s impossible to scroll through social media without stopping at an eye-catching video, seeing a video in a story, or responding with a sassy gif. Video on social media has become an integral part of how we communicate the important things that we want people to see. Today, we’re giving you a “how it started and how it’s going” for video in social media. YouTube was certainly the advent of cultivating online engagement through video (we all remember Gangnam style, right? That made its online debut in 2012!). Suddenly, sharing videos online became accessible for everyone with an internet connection, allowing the average Joe to become an influencer, a teacher, or an entertainer—and going viral was only an upload away. The platform is still seeing more than four billion views each day (half of which are probably “Charlie Bit My Finger”). Thanks to YouTube, video-based entertainment didn’t have to be produced in a studio—it could be filmed in your neighbor’s backyard. And, most importantly, this content could be monetized by the masses, with creators receiving revenue from ads, sponsorships, and partnerships. 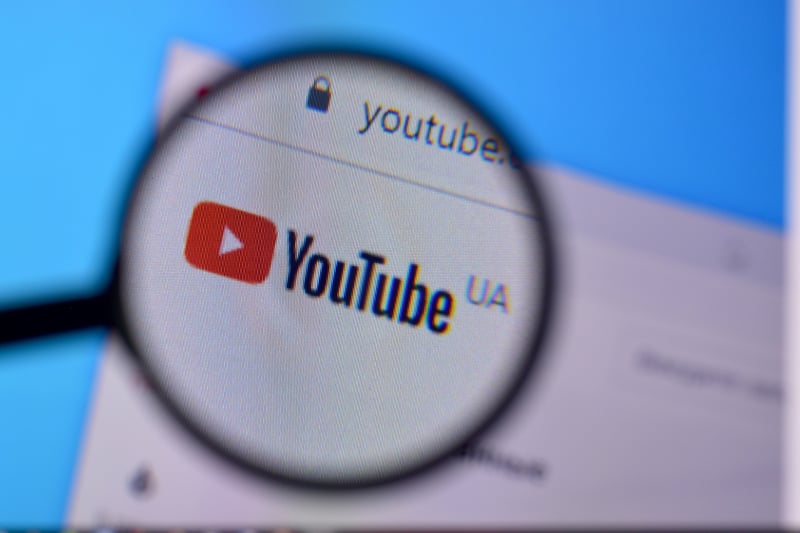 In the early days, YouTube was primarily just a collection of average people uploading videos to share with their friends. Now, it’s the second-most visited website in the world, owned by Google, and it’s expanded into mobile apps, network television, and the ability to link with other services. It boasts exclusive paid-tier content, ad-free subscriptions, and massive income potential for top-ranking content producers. Not bad for a platform that started so a couple of guys could share videos of a dinner party.

After 10 years of YouTube hogging the spotlight, Vine was released, and it quickly became one of the most addictive apps on the market. Competing with other, more established brands like Instagram and Facebook, the appeal of Vine was that its content had to capture viewer attention almost immediately, as Vines were only permitted to be six and a half seconds long. For the first time, editing a video to create humorous content didn’t take a professional’s time and talent—just an iPhone, the Vine app, and a great idea. With Vine, one of the most significant video-creating hurdles—the actual editing process—was completely removed.

Around this time, Snapchat came along with its filters and lenses, short 10 second videos, and "stories" that expired after 24 hours (a feature that was later lifted and perfected by Instagram). This platform burst onto the scene in 2011 as that perfect to make people laugh while also connecting with the world and sharing personal updates with friends, family, and community. It can also be credited with a huge rise in the popularity of selfies because nobody could resist those fun filters. 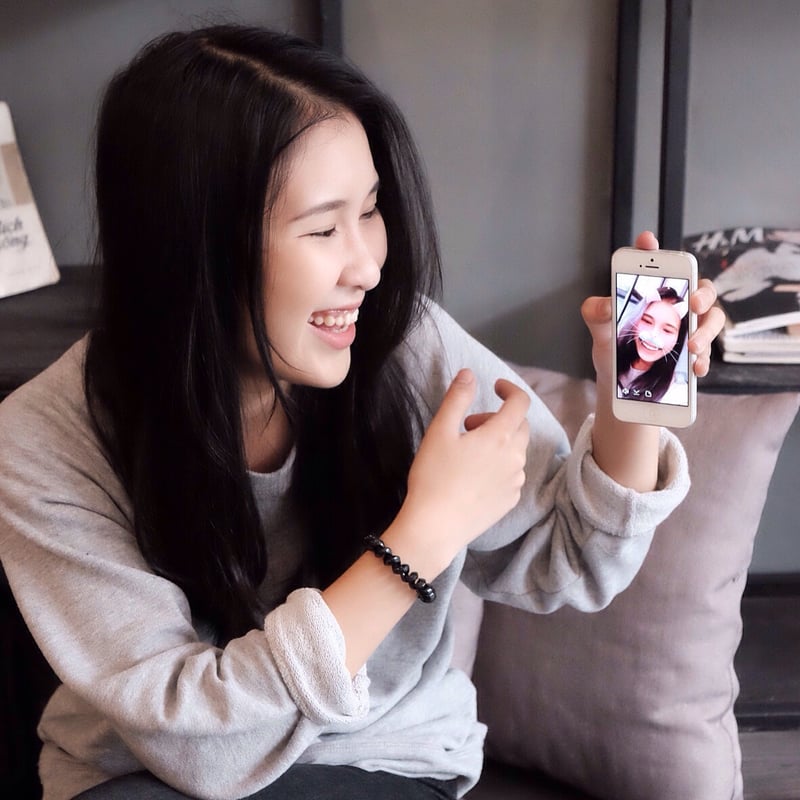 Because of its casual, video-based nature, Snapchat was one of the first social media platforms that gave us a real peek into the personal lives of influencers and celebrities. We could watch Kim Kardashian walking through her closet, or see what Ariana Grande would look like with puppy ears. And while these glimpses of life were both calculated and carefully curated, it definitely stoked the fire of the rapidly exploding influencer scene. Viewers established bonds of trust and rapport with the accounts they followed, making them more likely than ever to make purchases based on their recommendations.

While Snapchat stocks infamously took a tumble after Kylie Jenner’s admission in 2018 that she rarely opened the app anymore, it has proved resilient, with over 238 million active users. It continues to stay on the forefront of video-based social media with interactive lenses and the recent launch of a Creator Marketplace.

And who could forget the video journey Facebook experienced in the late 2000s? When I joined Facebook in 2007, it was primarily a collection of statuses, and they all started with “<Your Name Here> is...” By the end of the 20-teens, it was leaning hard into video content, with video chat integrations and the inclusion of Facebook Live, which allowed anyone to broadcast, connect with other viewers, ask questions, and even make money off ads shown during their stream! The platform also launched Facebook Watch in 2018, which it billed as, “the go-to place to discover videos across Facebook for whatever you're into.” It utilizes fine-tuned algorithms and expert curation to match users with the entertainment they find most valuable, including professionally produced original content, music videos, influencer unboxings, and more. 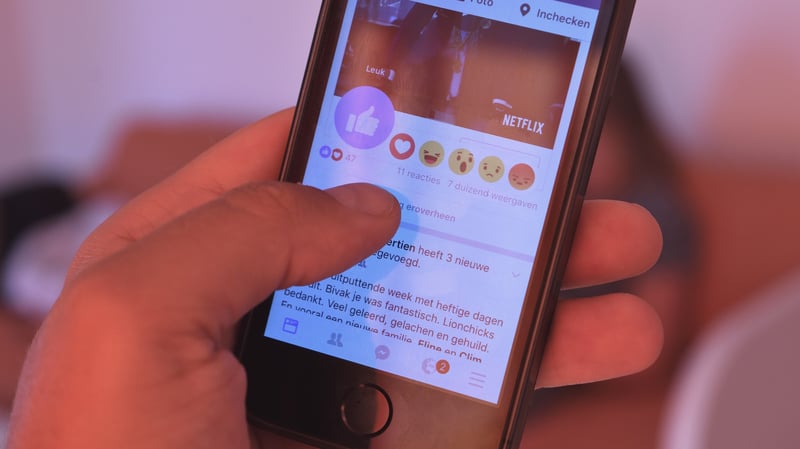 Now, Facebook is transparent about its love for video. According to Hubspot, more than 1.2 billion users visit Facebook Watch per month, and users are 1.5 times more likely to watch a video on their phones. Those stats make a pretty compelling case for ditching copy-heavy posts in favor of video.

Doing It for the Gram

Instagram was created in just eight weeks, and within two years it had been sold to Facebook for more than $1 billion, all of which is a testament to its ingenuity and dedication to staying at the forefront of social media technology. At the time of its creation, Instagram was strictly a way to share static, square, often heavily-filtered photos with their friends. Video changed all of that. 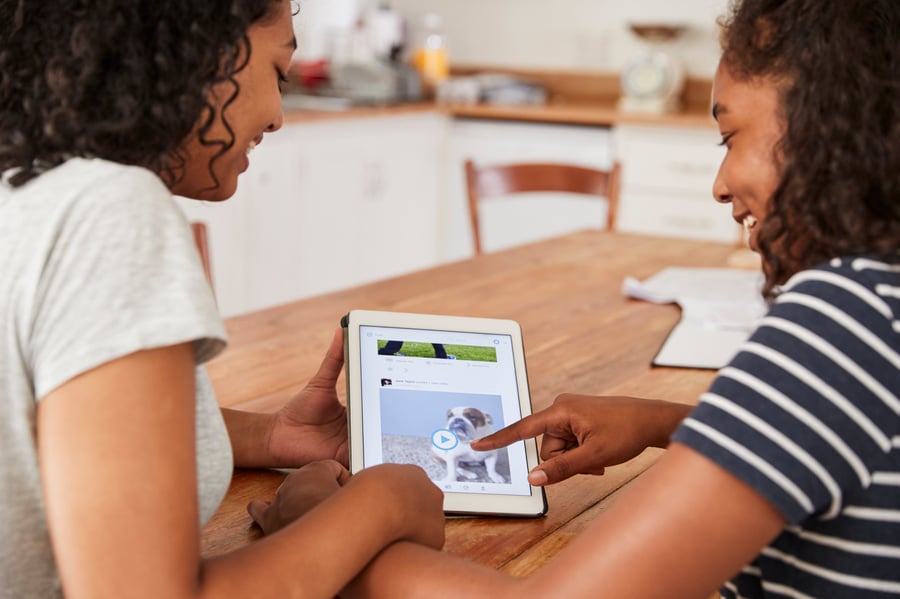 Now, the app strongly relies on the more dynamic nature of video, featuring grid videos, stories, Tik Tok-style “reels,” and IGTV for longer-form videos. Instagram has embraced many of the features that first worked for Snapchat, making it an ideal home for creators and emerging as one of the most ideal influencer platforms. The inclusion of stories and live video have allowed users to imitate feelings of intimacy for their audiences, resulting in valuable influencer and consumer relationships.

And, its move away from its photo-only roots is just the beginning. The head of Instagram, Adam Mosseri, recently made waves by announcing that Instagram is moving away from being “the square photo app” as it looks to expand its video capabilities and move into the wider entertainment space.

In 2016, TikTok's parent company, ByteDance, purchased musical.ly, a social media video platform that allowed users to create short lip-sync and comedy videos. The resulting company, TikTok, became a global phenomenon. Users can take advantage of sounds, filters, templates, and easy-to-use in-app editing software to create short video clips (three minutes or less) that make a huge splash. Although TikTok has been a staple for the Gen-Z crowd since its creation, its popularity soared in Spring of 2020, when millions of millennial Americans were sequestered in their homes due to the pandemic and finally had time to check it out. Now, TikTok has nearly a hundred million active monthly users in the United States alone, which is largely a result of its accessibility for all users. 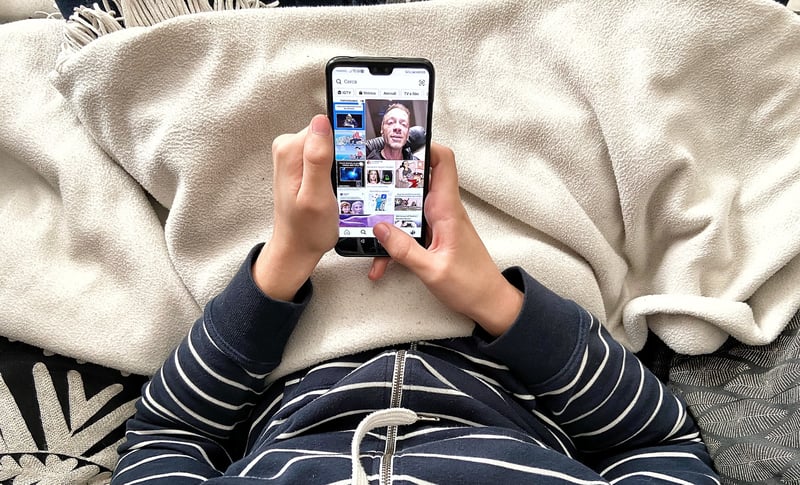 Another of TikTok’s most often-lauded features is its extremely specific algorithm, which uses artificial intelligence to recommend videos in a way that’s shockingly accurate. If you’ve ever found yourself at 2 a.m. going down the rabbit hole of TikToks about an obscure book series from your youth, you know exactly what I’m talking about. That #foryoupage is truly for you.

Now, we're living in the age of video, with dozens of platforms making it easier than ever to create your own videos. Professional recording equipment that was once bulky, expensive, and hard to use has been replaced with sleek, affordable, and accessible options (in fact, we talked about the simple things you can use to improve your personal videos back in this blog post.  Additionally, social media and editing software have come so far, allowing anyone to utilize tutorials and templates to create high-quality, attention-grabbing content.

One other advancement that had a huge impact on video in social media? The introduction of the cloud and wireless sharing. Give me a Katniss Everdeen-style three-fingered salute if you remember the tedious process of recording something on your digital camera, plugging it into your computer, downloading the video files, and then waiting for what seemed like hours while you uploaded them to your Facebook page.

Video has changed the social media landscape, and, as a result, the entire e-commerce industry. We’ve said it before, and we’ll say it again: video is no longer a nice-to-have. It’s a MUST-have for business success. And, as you know, it's important to know what you want out of a platform before you decide which one is best for sharing your message. Not sure where to start? verbLIVE specializes in helping businesses maximize their reach through livestream video by telling compelling stories through digital content marketing strategies that connect audiences at every stage of the sales funnel. Reach out for a demo today! 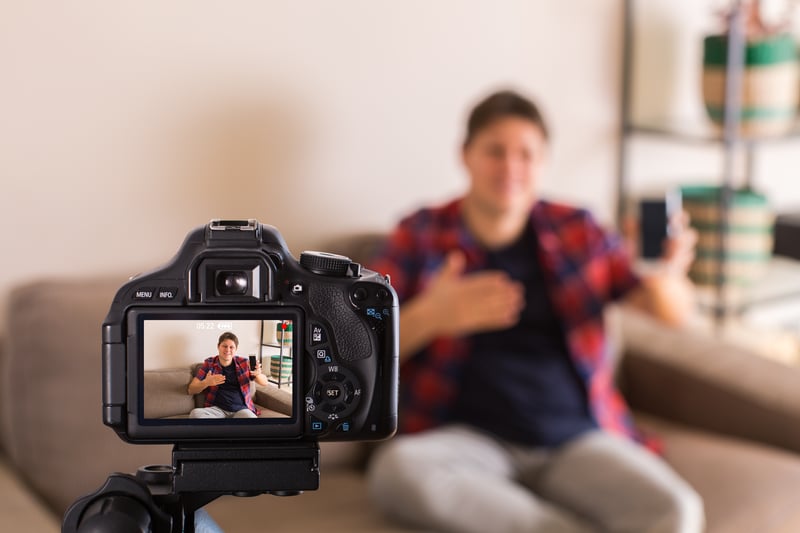 • Wife, supermom, foodie, and talented critic, Heather Hanson, is a skilled veteran in copywriting, editing, creative writing, and social media outreach. She brings a lot to the table with Verb and has been recognized by our company as our National Treasure.

• Megan Anderson is a yogi, flutist, and writer. She enjoys a good turn of phrase and can never have enough books to read. She is also Verb’s newest copywriter on the Creative Team!